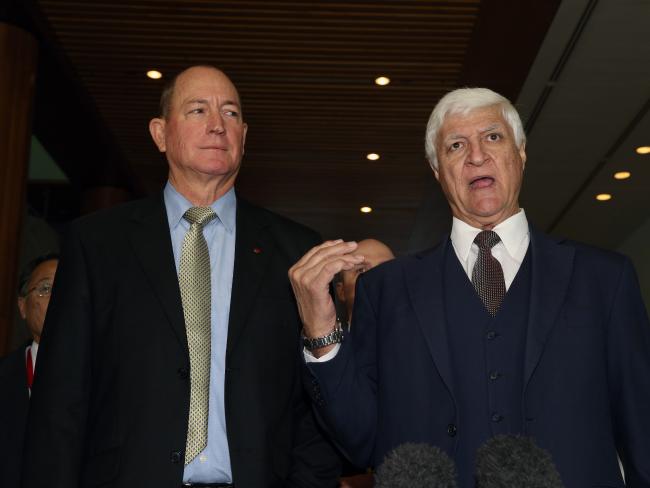 FRASER party leader Bob Katter has unleashed in a bizarre rant defending the senator’s maiden speech, in which he called for a return to the White Australia policy and an end to Muslim migration.

The Katter Australia Party leader backed his colleague “1000 per cent” this afternoon, called his speech “absolutely magnificent” and said it was “everything the country should be doing”.

Mr Katter then made a series of bizarre statements, including lashing out at a journalist who asked whether his grandfather, who was born in Lebanon, would have been blocked from entering Australia under Anning’s proposal for the nation’s immigration laws.

Read the article by Claire Bickers in The Mercury and The Courier-Mail.