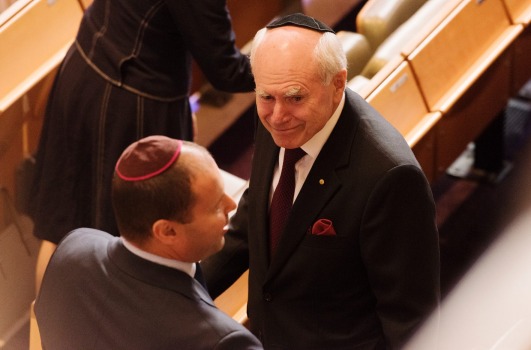 Two Australians had a marvellous Wednesday: US Open roughie John Millman at Flushing Meadows and Josh Frydenberg, a schoolboy tennis champion, in Canberra with a beautiful first set of national accounts.

But in a case of profoundly unfortunate scheduling for the new Treasurer, the job’s glorious firsts are set to be abruptly sabotaged. Because, while the faith of Prime Minister Scott Morrison briefly stopped one or two barbecues this week, it is his Treasurer’s that will preclude him from taking the dispatch box in his first question time.

The Jews will mark Rosh Hashana on Monday September 10, when their fates are supposed to be inscribed in the book of life, right while Morrison and his ministry must assemble in the House of Representatives for the first time to, arguably, subject themselves to a similar fate.

Read the full article by Joe Aston at the Australian Financial Review.