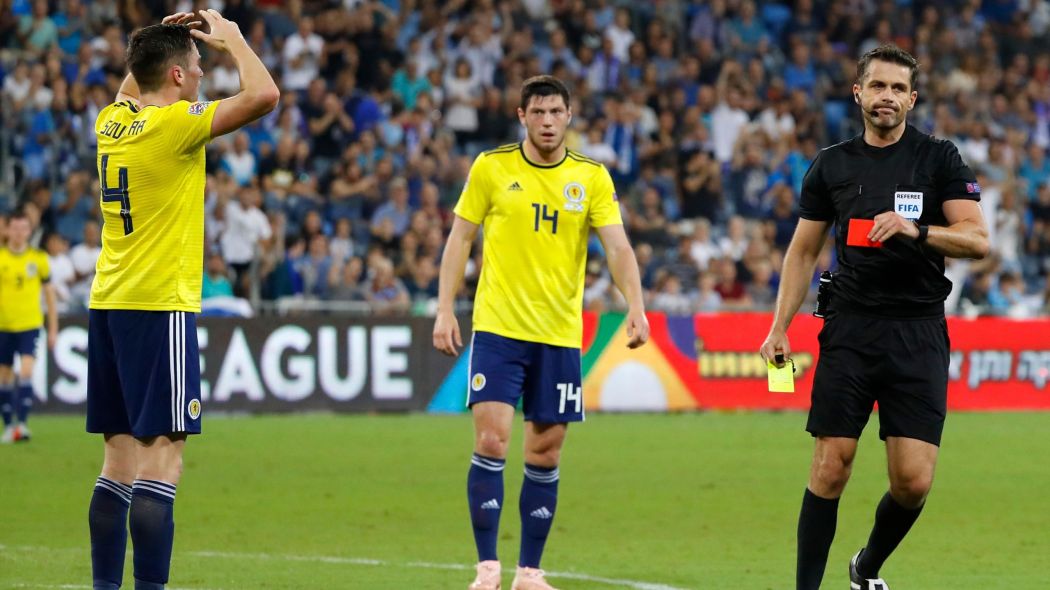 Israel fought back to beat Scotland 2-1 thanks to a late own goal from Kieran Tierney as the visitors finished with 10 men in an eventful Nations League game on Thursday.

Tierney sliced the ball into his own net after 75 minutes to complete the home side’s comeback after they had conceded an early penalty in the League C, Group 1 clash.

Scotland lead the section on goal difference from Israel and Albania with the teams level on three points after two games.

Scotland went ahead in the 25th minute when Charlie Mulgrew sent goalkeeper Ariel Harush the wrong way with a penalty after midfielder Dor Peretz had barged Steven Naismith in the back.

The goal sparked Israel into life and their dominance paid off after the break when Peretz slotted an equaliser past keeper Allan McGregor in the 52nd to atone for his earlier error.

After Scotland defender John Souttar was sent off for a second yellow card in the 61st, Israel had a host of chances but only took the lead when Tierney put through his own goal.

Read the article at Eurosport (Reuters).