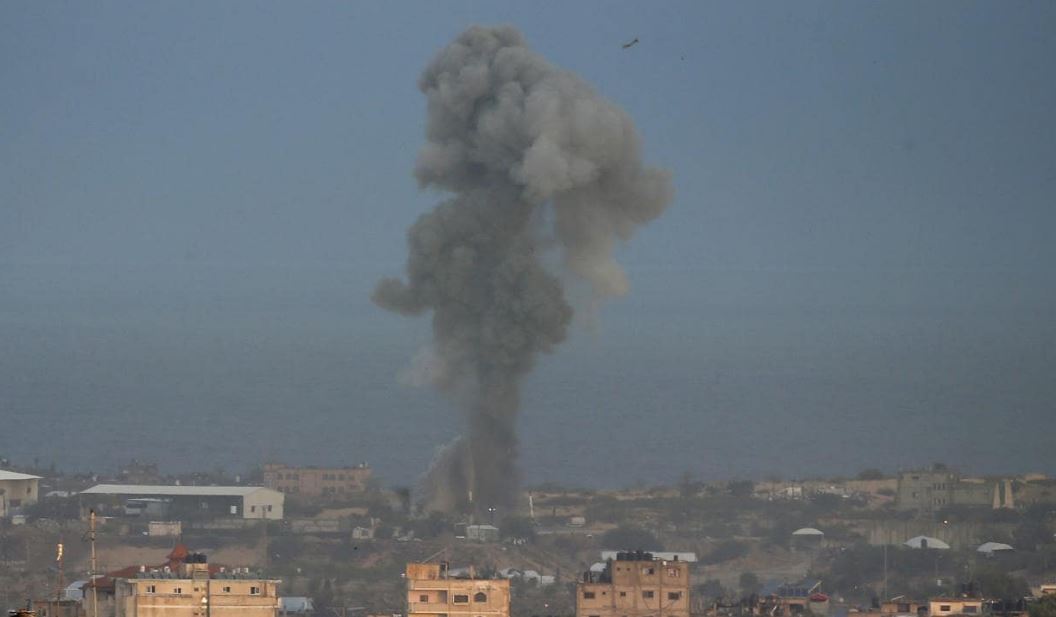 Israeli warplanes pounded the Gaza Strip yesterday after the first rocket fired from the Palestinian territory in weeks hit an Israeli city, in a blow to efforts to avert a new war.

But Israel, which holds Hamas responsible for all rocket-fire from the territory regardless of who launches it, struck 20 targets in Gaza, killing one Palestinian, according to the Hamas-run health ministry. Israel also closed both its border crossings with Gaza in reprisal, further isolating the blockaded enclave where deteriorating living conditions have stoked violent protests along the border.

Gaza militants fired two rockets before dawn, one of which caused damage to the garden of a family home in the southern city of Beersheba, 40km away, the Israeli army said.

The family of three children escaped injury but were treated for shock at the scene, Israeli media reported.