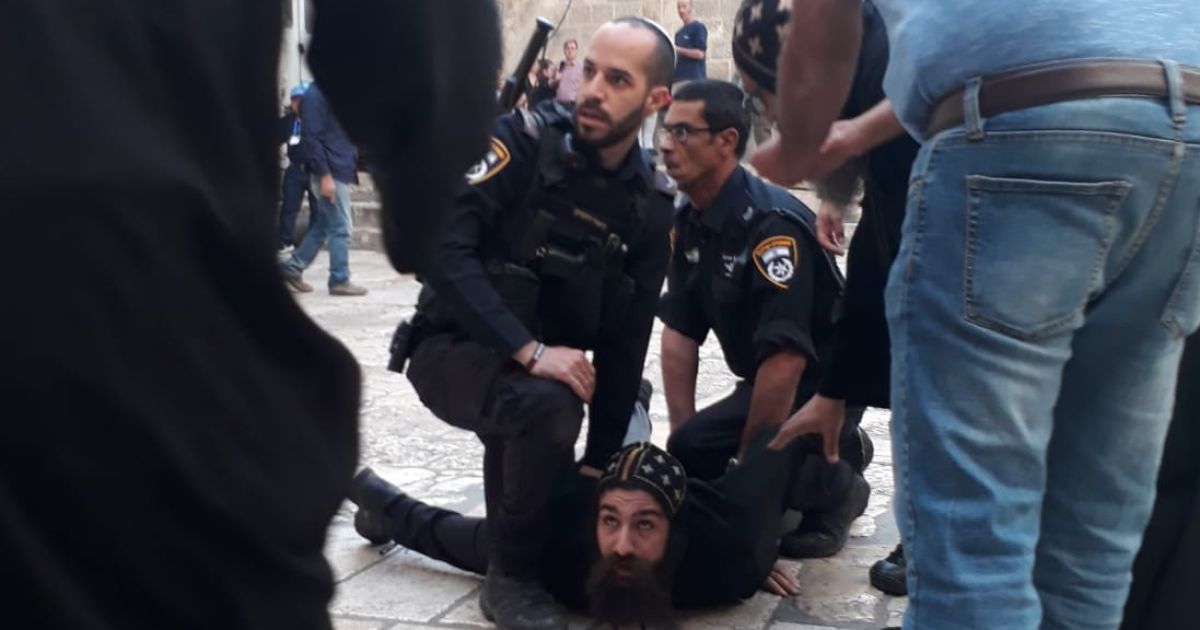 Israeli police arrested a Coptic monk who was among a group of protesters inside the Church of the Holy Sepulchre on October 24. Coptic monks were reported to be blocking Israeli Antiquities Authority workers from entering the church, in protest of the refusal to allow them to oversee its repairs, according to The Jerusalem Post. Police arrested the monk when he refused to move, the report said.

Read the report and watch video footage at The Daily Telegraph.