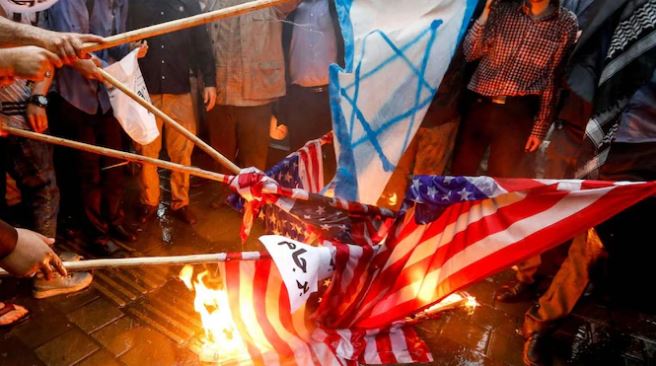 PRIME MINISTER Scott Morrison’s decision to review whether Australia should continue to support the Iran nuclear deal, known formally as the Joint Comprehensive Plan of Action (JCPOA), should be welcomed.

Even Julie Bishop, who as Foreign Minister supported the agreement, has commented that Australia’s support had “always been contingent on Iran complying with its terms” and therefore a review was appropriate.

A review is also necessary because it acknowledges changing geopolitical circumstances.

The so-called Iran deal concluded in 2015 with the support of the Obama Administration, but US President Trump withdrew in May this year and has made action to thwart Iran’s nuclear and hegemonic ambitions a top US foreign policy priority.

The US is preparing a second wave of sanctions on Iran for November, designed to “hit hard” with the aim of pressuring Iran to negotiate a better deal. Australia’s current support for the JCPOA places us at odds with our most important ally at a time when the US, more than ever, expects reciprocity from its allies for US security commitments.

A change in Australia’s view on the Iran deal would also likely be welcomed by Sunni Arab states — from Egypt, to Saudi Arabia to the Gulf States to Morocco — all whom view Iran as their most serious regional threat. It is worth noting that Australian trade with these countries dwarfs that with Iran.

Moreover, while the JCPOA was intended to prevent Iran from gaining nuclear weapons, even its supporters admit it merely “delays” this happening.

The flaws include sunset provisions that expire in 10 to 15 years, as well as enabling Iran to continue working on advanced centrifuges, and testing ballistic missiles which could carry nuclear weapons.

Read the article by Colin Rubinstein (AIJAC) in Perth Now, originally published in The Daily Telegraph.