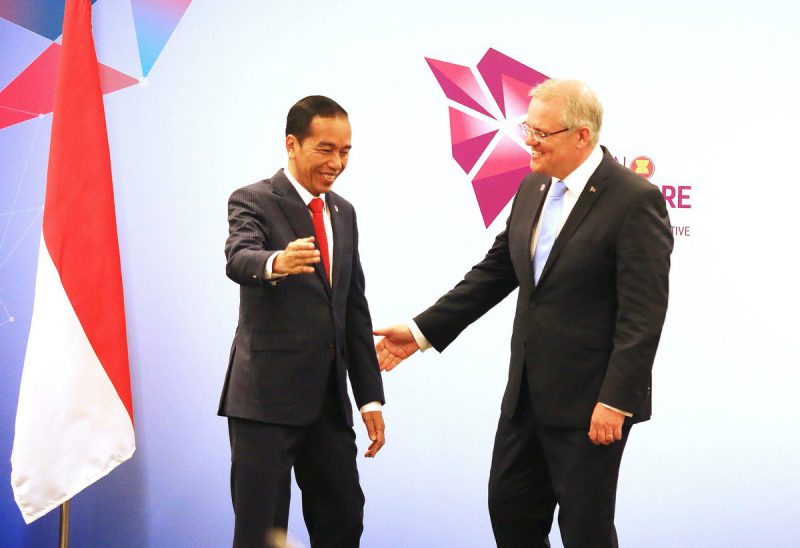 With headlines dominated by Canberra’s policy ‘step-up’ in the Pacific in response to China’s rapidly expanding influence in the region, it seems puzzling that the Morrison government would risk disrupting relations with two of its strategically like-minded neighbours—Indonesia and Malaysia—over the potential relocation of Australia’s embassy in Israel from Tel Aviv to Jerusalem.

The government’s willingness to follow US President Donald Trump’s lead on Jerusalem and complicate its relationship with Indonesia and Malaysia—two strategic partners committed to preserving a rules-based order and peaceful dispute resolution in the Indo-Pacific—suggests that domestic politics may have trumped serious foreign-policy considerations in Canberra.

Although formally non-aligned, both Indonesia and Malaysia share Australia’s concerns about Beijing’s assertiveness in the South China Sea and its financing of regional infrastructure projects with their debt-laden risks. Following Malaysian opposition bloc Pakatan Harapan’s remarkable election victory against the scandal-tainted ruling Barisan National coalition, the country’s prime minister, Mahathir Mohamad, was quick to halt a Chinese-funded US$20 billion rail link, saying: ‘I believe China itself does not want to see Malaysia become a bankrupt country.’

Indonesian ministers, who are generally more guarded in their criticisms of China, publicly rebuked Beijing in 2016 following a series of clashes between Indonesian and Chinese authorities over Chinese vessels that were fishing illegally in Indonesia’s exclusive economic zone in the South China Sea. In July 2017, the Indonesian government officially renamed the seas around the Natuna Island chain as the ‘North Natuna Sea’. Meanwhile, public resentment against a perceived increase in the numbers of Chinese workers and concerns about the level of debt held by Indonesian state-owned enterprises have accompanied Indonesia’s infrastructure boom.

Read the article by Greta Nabbs-Kellerin The Strategist.