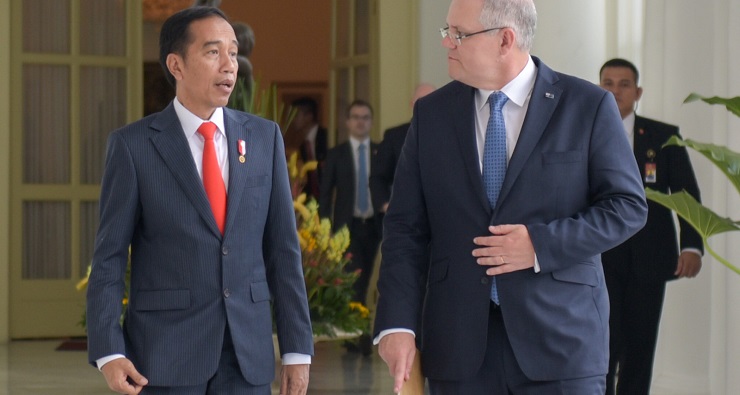 When Tony Abbott became prime minister, he immediately went about implementing his policy of “turning back the boats”. This was in the face of warnings that the practice would not only cause a major diplomatic rift between Australia and Indonesia but the very real possibility of a neighbourhood konfrontasi.

History shows that despite the rhetoric, Indonesia caved-in and accepted the boats being sent back. In doing so, the people smuggling business collapsed, heralding a significant victory for Abbott and his new government, while leaving some 14,000 refugees and asylum seekers stuck, mostly in Java.

Several conservative commentators believe Scott Morrison should adopt the same model with Indonesia in the current stoush over the Israel embassy issue.

In essence, this means ignoring Indonesia’s complaints about the Australian government’s proposal to move its embassy from Tel Aviv to Jerusalem and Jakarta’s refusal to provide a final sign-off on a bilateral trade deal. Sure, there would be screams and howls from Indonesia, along with Labor and sections of the media. But by playing hardball, so the thinking goes, Morrison could end up “winning the day” and give his reputation, as a tough negotiator who sticks-up for Australia on matters of sovereignty, a much-needed boost.

Yet would a hard-line approach work again?

To answer this question, it is important to understand why Indonesia submitted to Abbott’s plan so meekly, despite the initial threats and anger from Jakarta.

Read the article by Ross Taylor in The Interpreter.