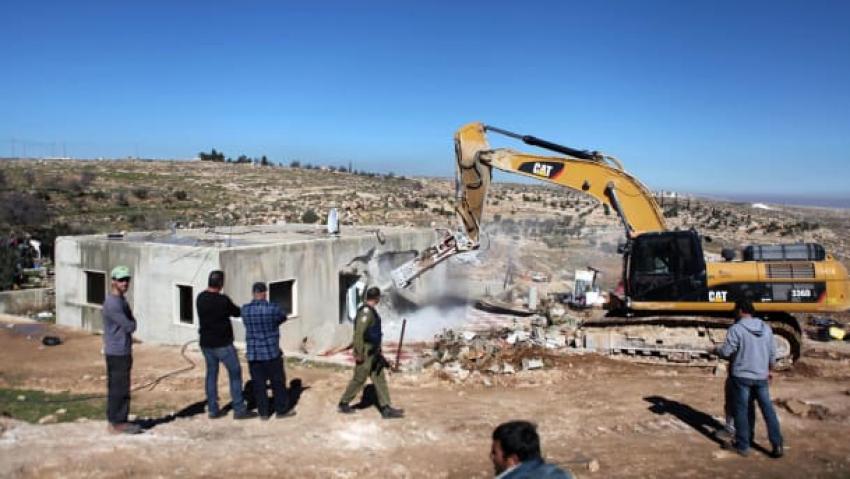 Israel escalating the demolition of Palestine

When it comes to the infrastructure of genocide, you could illustrate it using almost any photo of a school, house, shop or village in the West Bank. You could bookmark a Google maps page of a particular West Bank town — then look again in three or six months time and note the destruction wrought.

This is one way of keeping track of the demolitions of Palestinian homes and Israel’s attempts to impose an “Israeli only” identity on the landscape.

There has been a redoubling of Israeli efforts to evict Palestinians in occupied East Jerusalem and deny remaining Palestinian residents the right to a livelihood by demolishing Palestinian shops and businesses.

Israel’s Absentee Property law allows for “abandoned” properties to be seized by the Israeli state and ownership “transferred” to Israeli settlers.

The latest round of demolitions has been particularly disastrous for Palestinians in the Shuafat refugee camp. Dozens of families have been left without any means of making a living after 16 micro-businesses in the camp were demolished by Israeli authorities recently.

Read the article by Lisa Gleeson in Green Left Weekly.