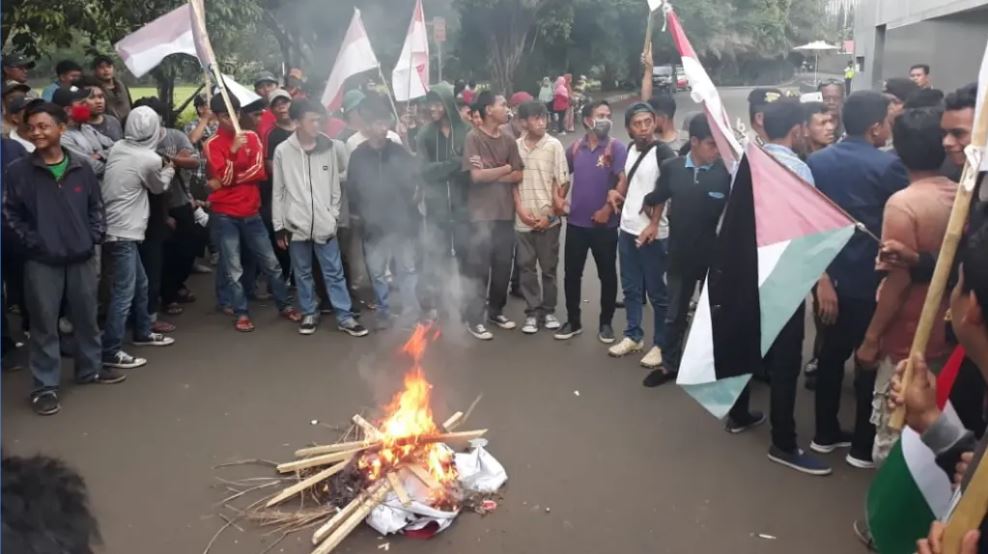 Jakarta: The man who helped pay the protesters demonstrating against Australia at its embassy in Jakarta is the head of “Jomin”, one of President Joko Widodo’s official volunteer teams campaigning for his re-election.

But Nanang Kosim insisted his role in helping organise and pay for two rallies outside the Australian embassy on Tuesday and Friday last week had nothing to do with his work with the campaign to re-elect Mr Joko, who is widely known as “Jokowi”.

Mr Nanang said instead that it was related to another activist group he recently helped establish, the little-known Unity of Indonesia Muslim League.

The Sydney Morning Herald and The Age revealed last week that many of the people protesting against Scott Morrison’s suggestion to move Australia’s embassy in Israel from Tel Aviv to Jerusalem were paid  35,000 rupiah each (a little less than $3.50) to appear at the rally. Some had little idea what they were actually protesting against.

The crowd chanted slogans in support of Palestine, opposing the embassy move and criticised Mr Joko’s opponent in the presidential election, Prabowo Subianto, who has said it was Australia’s sovereign right to determine the location of its embassy in Israel.

Read the article by James Massola & Karuni Rompies in The Sydney Morning Herald.