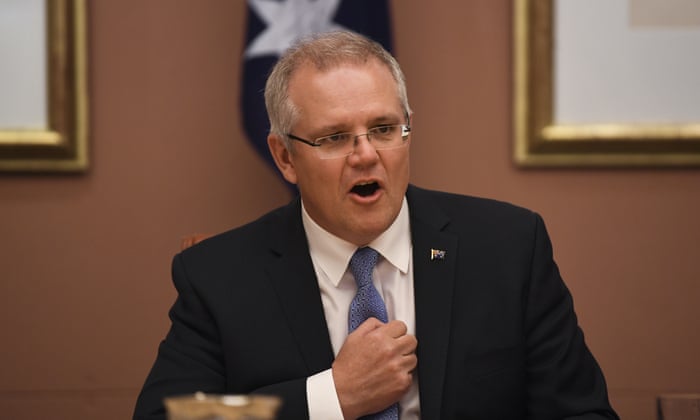 The Pentecostal Prime Minister and the Jerusalem embassy stunt

While the Jerusalem embassy stunt failed to secure Wentworth and may incite terrorist attacks, it does further the fulfilment of the Pentecostal “end times” prophecies, writes Dr Jennifer Wilson.

THE IDEA that the Australian Government should take a new direction on the relocation of our embassy from Tel Aviv to Jerusalem seemingly came out of nowhere, in the dying days of the Liberal Party campaign for the seat of Wentworth.

More than 12 per cent of this electorate is Jewish. Prime Minister Morrison’s baffling announcement, apeing the earlier decision ofU.S. President Donald Trump, was largely regarded as a desperate attempt to court the Jewish vote and save the blue-ribbon Liberal seat. However, Dave Sharma, formerly our ambassador to Israel, lost the seat to Independent candidate Dr Kerryn Phelps, thus depriving the Government of its majority in the House of Representatives.

Morrison’s impetuous suggestion was made without any discussion with the Department of Trade and Foreign Affairs or apparently anyone other than Mr Sharma. It provoked an angry reaction from the Indonesian Government, putting at risk the $16 billion trade deal with our nearest Muslim neighbour — a deal that has been in the works for eight years.

Morrison has now announced what he no doubt perceives as a compromise. Australia will recognize West Jerusalem as Israel’s capital, retaining our embassy in Tel Aviv for the time being. We will establish a defence and trade office in the city’s West and begin the search for a new embassy site. The Government will alsorecognise a future state of Palestine, with its capital in East Jerusalem, after a two-state solution has been reached.

On the heels of this announcement, DFAT issued travel warnings for Australians planning to visit Indonesia.

The question Australians might well ask is why did Morrison hurl himself (and us) into this quagmire in the first place? There was no reason for Australia to noisily insert itself at this time. A blind and misplaced aspiration to tag along with Trump and a chance to seduce the Jewish voters of Wentworth, who support embassy relocation, are two possible explanations.

Read the article in Independent Australia.