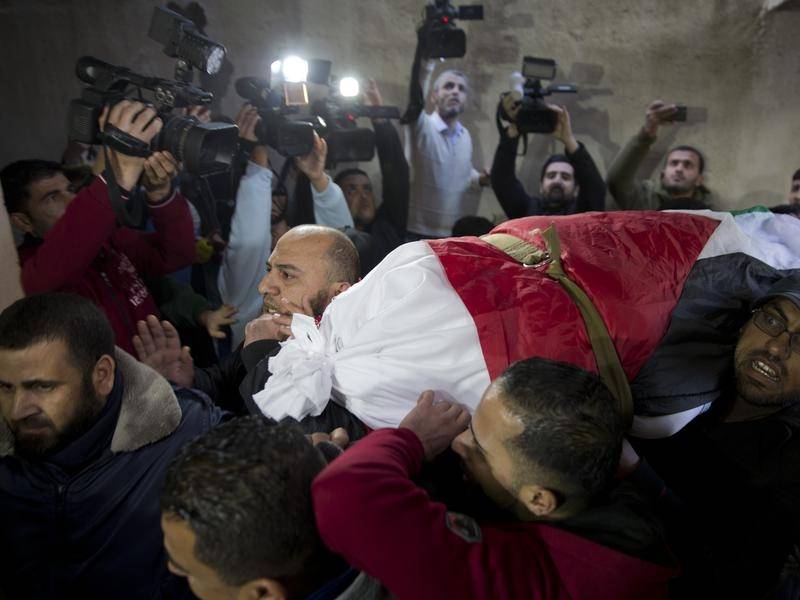 A Palestinian woman has been killed in clashes with Israeli soldiers along the Gaza Strip border.

Amal al-Taramsi, a 43-year-old activist who had regularly attended the protests, was around 200 metres from the fence when she was shot in the head on Friday, according to Palestinian human rights group Al-Mezan.

Of the 186 Palestinians killed since the protests were launched last spring, only three were women.

Amal’s mother, Halima, sobbed as she sat in the corner of her home waiting for her daughter’s body, which was wrapped with a Palestinian flag.

The Israelis “should leave our lands and let us alone to live in freedom,” she said, urging Palestinian factions to unite against Israel and US President Donald Trump.

Gaza’s Hamas rulers have orchestrated the protests, in part to call for the lifting of a crippling decade-long Israeli and Egyptian blockade.

The demonstrations draw Palestinians of all ages, but most gather several hundred metres from the fence.

It’s usually young men who approach the barrier, hurling rocks and firebombs at Israeli forces on the other side, who respond with tear gas, rubber-coated bullets and live fire.

Read the report by Fares Akram (Deutsche Presse Agentur) on The Weekly Times.