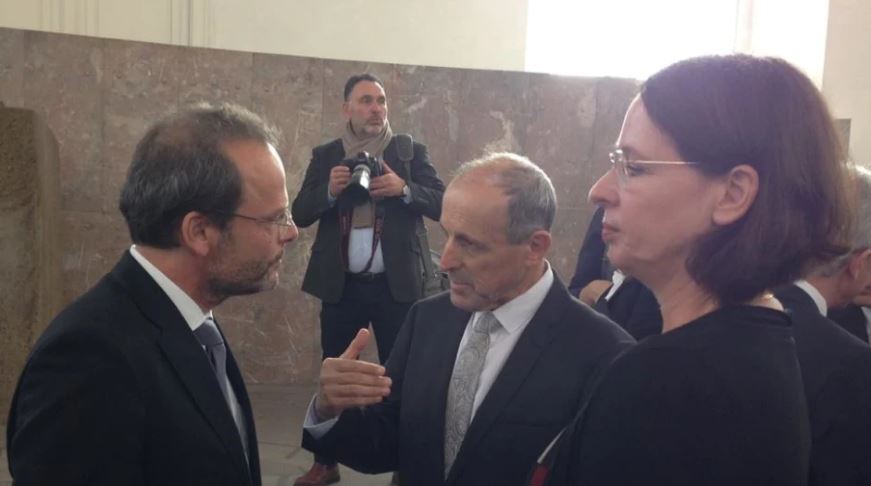 The cry was as jarring and intrusive as it was unexpected. Huddled against a bracing Frankfurt morning, the delegation of Jewish leaders from centres as diverse as Novosibirsk, Siberia, and Santiago, Chile, was listening to an outdoor briefing about the turbulent history which lay behind a sign that simply said “Judenmarkt”.

Just metres away was an elongated grey wall, its surface punctuated by tiny metal boxes – simulated coffins? – each bearing biographical details of one of the 11,500 Jews of Frankfurt who were murdered in the Holocaust. Suddenly, a cream-coloured Mercedes taxi raced towards us; as it passed, the driver lowered his window and yelled “Alles luege!” – which translates, unfortunately, to “All lies!”

The irony that the invective occurred during the final presentation on the final day of a week-long government program titled “Jewish Life in Germany” was not lost on the international visitors, while visibly rattling our guide’s composure. A commendable initiative of the German Foreign Ministry, the comprehensive schedule of briefings, site visits and participation in Holocaust memorial ceremonies immersed us in the fraught situation in which the German Government and the nation’s 250,000 Jews currently find themselves.

Headlining the most disturbing aspect of the evolving landscape is the eruption onto the political scene of an extremist party with neo-Nazi elements, the Alternative for Deutschland (AfD). From a standing start, it burst into prominence in September 2017 and now occupies an alarming 92 seats in the Bundestag (federal parliament), making it one of the country’s largest opposition parties, while fielding MPs in all 16 of the nation’s state parliaments.

Read the article by Vic Alhadeff in The Sydney Morning Herald.