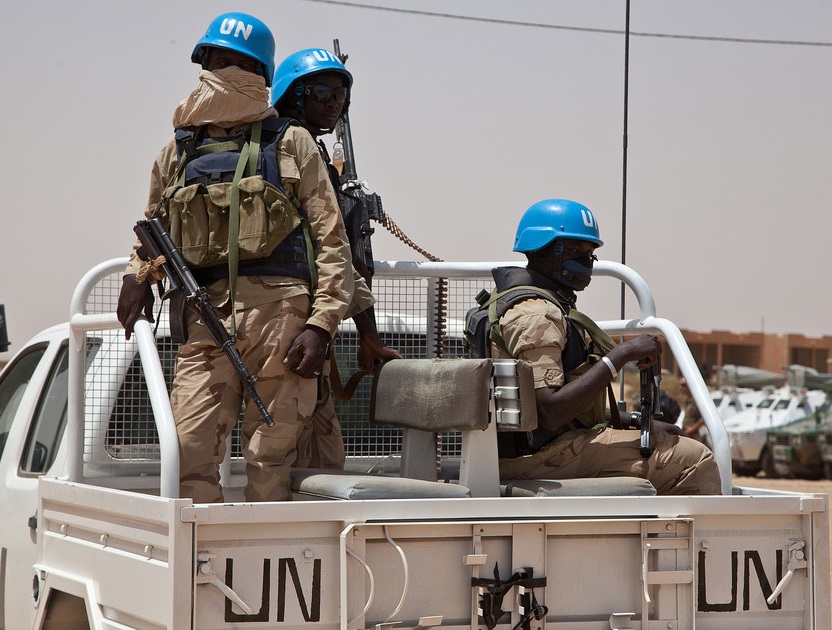 Cairo:  An al-Qaeda-linked Islamist group in Mali has claimed responsibility for an attack that killed 10 UN peacekeepers from Chad on Sunday in the north of the country, the group said in statement posted on Telegram.

The Nusrat al-Islam wal Muslimeen group said the attack was a response to Chadian President Idriss Deby’s revival of diplomatic relations with Israel.

The group’s claim of responsibility echoed a statement released last week by al-Shabab, the al-Qaeda chapter in East Africa, after the shooting at a hotel in Nairobi that killed 21 people. The Nairobi attack, al-Shabab claimed, was carried out under the orders of al-Qaida and was in retaliation for President Donald Trump’s decision to move the US Embassy in Israel to Jerusalem.

The Israeli Prime Minister, Benjamin Netanyahu, was in Chad at the time of the attack.

The clash near Aguelhok occurred early on Sunday following an attack by assailants in many armed vehicles, the UN peacekeeping mission in Mali (MINUSMA) said in a statement.

The United Nations said peacekeepers had thwarted the attack, but 10 died and at least 25 were wounded.