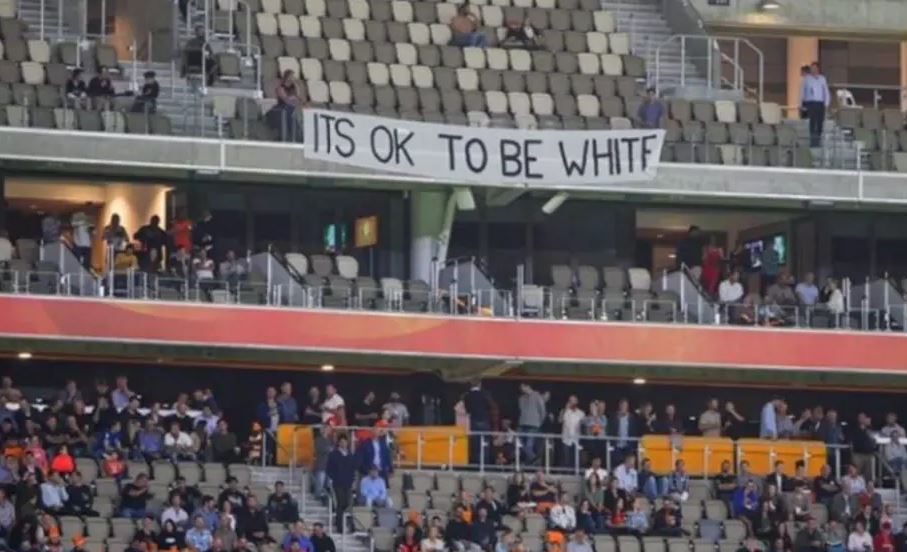 The trio – a 50-year-old from Southern River, a 38-year-old from Dianella and a 24-year-old from Cottesloe – were forced to exit the venue after they hung the banner, which read “It’s OK to be white”, over the railing on the top tier of the 60,000-seat venue just as the match began.

The men removed the banner minutes later after being spotted by security, who approached them in the stadium concourse as they attempted to exit the venue before police intervened.

“We welcome the action by Cricket Australia and for showing moral leadership in these troubling times,” Dr Dvir Abramovich said.

“The apparently inoffensive slogan ‘It’s Ok to be white’ has long been associated with the white supremacist movement and has now been weaponised by alt-right activists … and deployed as a propaganda tool … as part of a broad and energised outreach campaign by far-right extremists searching for mainstream platforms that can legitimise and amplify their vile and violent ideology.”

Read the article by David Prestipino in The Canberra Times.