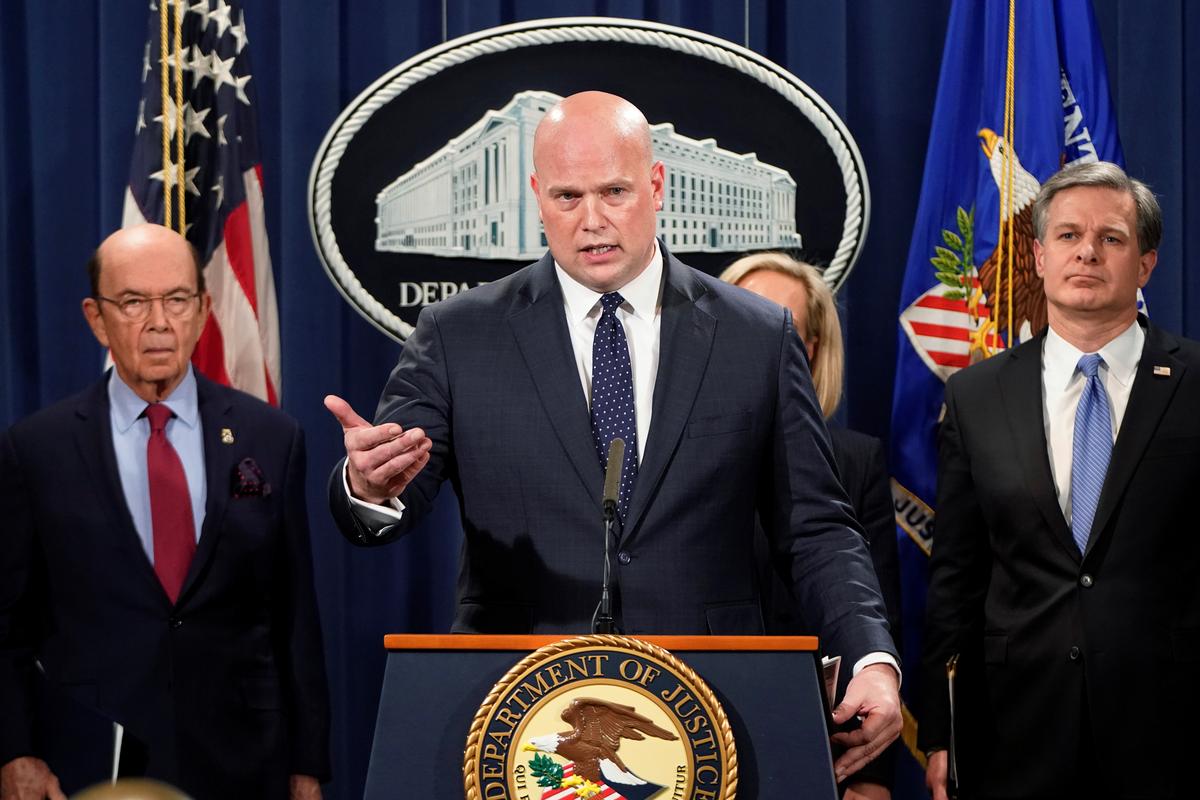 US charges Huawei with IP theft and Iran sanctions fraud

Washington | The US has filed a series of fraud charges against tech giant Huawei in a dramatic escalation just as Washington and Beijing prepare for talks this week to resolve the trade war.

Justice Department officials announced a series of counts from a pair of cases against the company, alleging it stole technology from Deutsche Telekom’s T-Mobile and lied to bank executives about its relationship with a company in Iran called Skycom, incorrectly claiming it was not an affiliate of Huawei.

“These are very serious actions by a company that appears to be using corporate espionage and sanctions violation to not only enhance their bottom line but to compete in the world economy,” said Acting Attorney General Matthew Whitaker on Monday [Tuesday AEDT]

“This is something the US will not stand for,” he said, pushing back against any suggestions the crimes were committed by rogue employees.

Mr Whitaker said the charges come after years of investigation and were ongoing.

The move to go public – on the first working day after the government reopened following a 35-day shutdown – comes two months after the company’s chief financial officer Meng Wanzhou was arrested in Vancouver, from where the US is currently seeking her extradition.

The case has inflamed US-China tensions, and coincided with the arrest of foreign citizens in China, including Australian Yang Hengjun, in recent weeks on suspicion of espionage.

It also follows confirmation by the White House on Monday that its top trade negotiators will hold two days of talks with a Chinese delegation led by Vice Premier Liu He on Wednesday and Thursday.

Read the article by Jacob Greber in the Australian Financial Review.