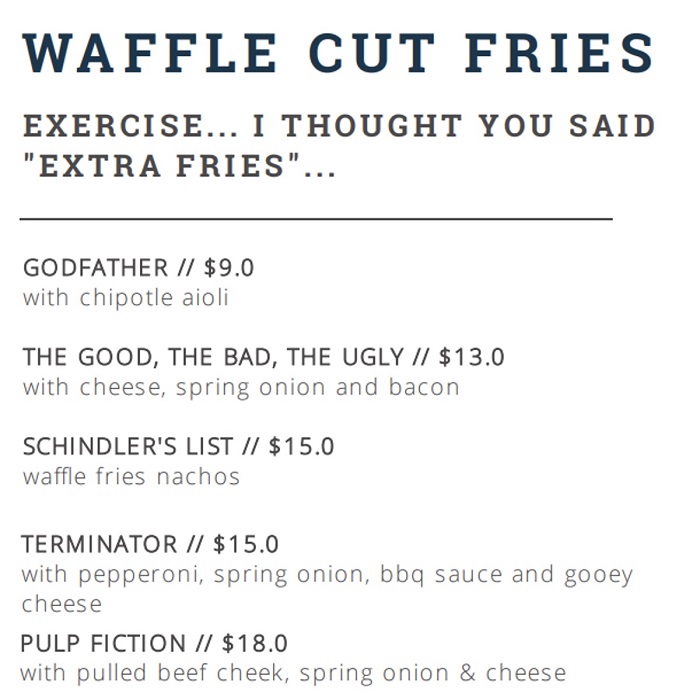 THEIR slogan is “bad ideas, good times” and this Gold Coast restaurant’s bad idea was certainly a doozy.

A Jewish woman visiting from Melbourne said she was “disturbed” Friday night by the The Arc at Nobbys offensive referral to the Jewish Holocaust in its menu by naming waffle-cut fries Schindler’s List.

“Almost immediately I noticed the Schindler’s List waffle fries for $15,” the woman, who asked to only go by the name Lisa, said.

“I cannot express how disturbed, uncomfortable and in plain shock we were both in after reading the menu.

“I asked to speak with the manager and explained to her how inappropriate it is to name a dish after the film.”

The menu item was part of a series of dishes named after blockbuster movies.

They also included: Godfather, The Good, The Bad, The Ugly, Terminator and Pulp Fiction.

“The manager was apologetic after I had explained to her why the name of the dish is extremely offensive, she assured me that it would be changed to something else.”

Read the article by Kara Sonter in The Courier Mail.