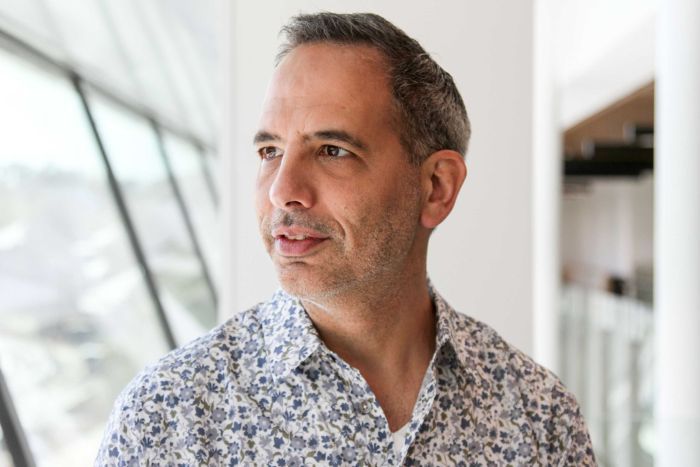 Yotam Ottolenghi on being greedy, taking pleasure and finding his palate

“Every chef starts off by being very greedy,” says Yotam Ottolenghi.

Gluttony is not immediately apparent when you first encounter the world-famous chef — his slender elegance belies a voracious appetite. As soon as he starts to speak the delight he takes in the pleasure of food is unambiguous.

It’s a pleasure that has shaped his life since he was a small child. His first word was “ma”, short for marak (soup in Hebrew). He was referring, he says, to small soup croutons — salty, sweet, pillows that delighted a young palate. His was a palate forged in a uniquely culturally rich environment.

“I grew up in this incredible mumble jumble of food,” he says. His mother, from a Berlin Jewish family who had come to Palestine via Sweden, was instrumental in introducing culinary diversity.

“I remember my mum had this book called The International Cookbook that was very big in the 60s and 70s, and she would make Malaysian curries and Tiramisu and sabayons and things that were from very different, diverse cultures.”

His Florentine father, meanwhile, inculcated in him an appreciation of simplicity. His “desert island” dish, he says, is still his nonna’s gnocchi alla romana — semolina dumplings, grilled with parmesan and butter — a dish he ate as a boy in the Little Italy his homesick grandparents created in a small Tel Aviv suburb.

Read the article and listen to the interview on the ABC program BluePrint for Living.