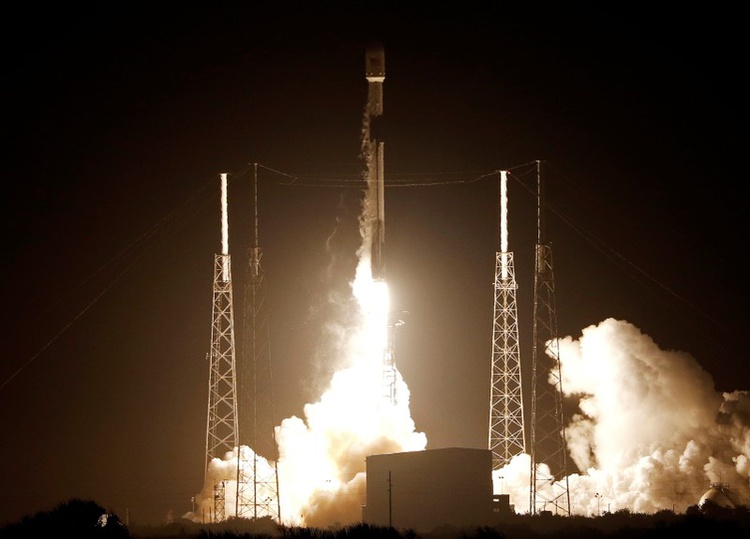 Cape Canaveral, Florida | A SpaceX Falcon 9 rocket blasted off from Florida on Thursday night (Friday AEDT) carrying Israel’s first lunar lander on a mission that if successful will make the Jewish state only the fourth nation to achieve a controlled touchdown on the moon’s surface.

The unmanned robotic lander dubbed Beresheet – Hebrew for the biblical phrase “in the beginning” – soared into space from the Cape Canaveral Air Force Station at about 8.45pm local time atop the 23-storey-tall rocket.

Beresheet, about the size of a dish-washing machine, was one of three sets of cargo carried aloft by the Falcon 9, part of the private rocket fleet of billionaire entrepreneur Elon Musk’s California-based company SpaceX.

The rocket’s two other payloads were a telecommunications satellite for Indonesia and an experimental satellite for the US Air Force.

Beresheet was jettisoned into Earth’s orbit about 34 minutes after launch, followed 15 minutes later by the release of the two satellites, according to a SpaceX webcast of the event.

In addition to a textbook launch and payload deployments, SpaceX scored yet another success in its pioneering technology for recycling its own rockets.

Beresheet is slated to reach its destination on the near-side of the moon in mid-April following a two-month journey through 6.5 million kilometres of space.

Read the article by Joey Roulette in the Australian Financial Review.