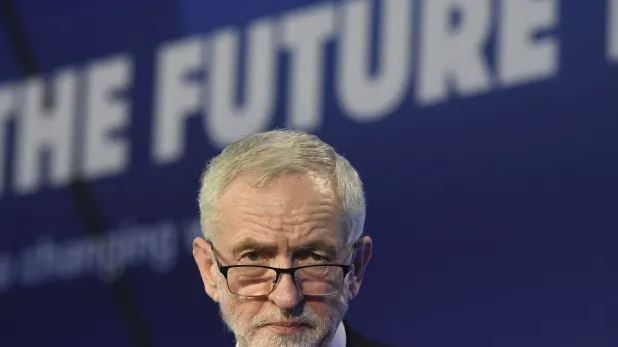 The final scene of Monty Python’s Life of Brian sees the comrades of the eponymous hero rushing to see him on the cross. But rather than rescue him they merely read out a motion of support, before singing For He’s a Jolly Good Fellow and leaving him to his fate.

The scene came to mind as Labour MPs expressed “solidarity” with Luciana Berger, their former colleague forced to leave the party after suffering anti-Semitic abuse.

One by one Labour frontbenchers offered their solidarity to their colleague and then got back behind the leadership, which has consistently sided with those who forced her out. Emily Thornberry, shadow foreign secretary, said she would “rather die” than leave Labour — a curious show of support for a woman who received death threats.

As Labour MPs digested the resignation of nine colleagues last week, many because of the anti-Semitism that is being indulged by the party leadership, the first instinct of many was to pledge to stay and fight to save their party. Perhaps they could force change. Already the split has forced Jeremy Corbyn to give ground on a second Brexit referendum.

The urge to fight is a noble instinct and one with a fine pedigree. Labour history is rich with leaders battling to save its soul from the hard left. Hugh Gaitskell promised to “fight, and fight, and fight again to save the party we love”; Neil Kinnock fought to purge Labour ranks of the Militant Tendency. The difference is that both were leading their party at the time. Now the leadership is in the hands of those from whom it needs to be saved.

Read the article by Robert Shrimsley in the Australian Financial Review.