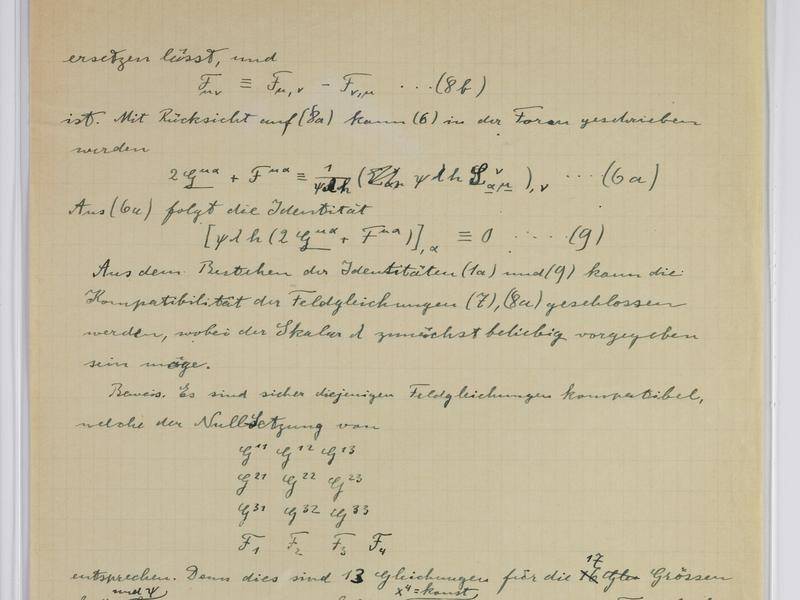 Israel’s Hebrew University have put on display a collection of 110 manuscript pages written by Albert Einstein, many of which it said had never been shown in public before.

They include hand-written mathematical notes, most from 1944 to 1948, and also an appendix – which the university said had been thought lost – to a paper on unified field theory that the German-born physicist presented to the Prussian Academy of Science in 1930.

Einstein, who developed the theory of relativity, a pillar of modern science, tried unsuccessfully for decades to prove another concept – that electromagnetism and gravity were different manifestations of a single fundamental field.

Hebrew University said it had received the papers as a donation to its 80,000-item Albert Einstein Archives from a foundation in Chicago after they were purchased from a private collector in North Carolina.

Read the article in the Newcastle Herald (AAP).