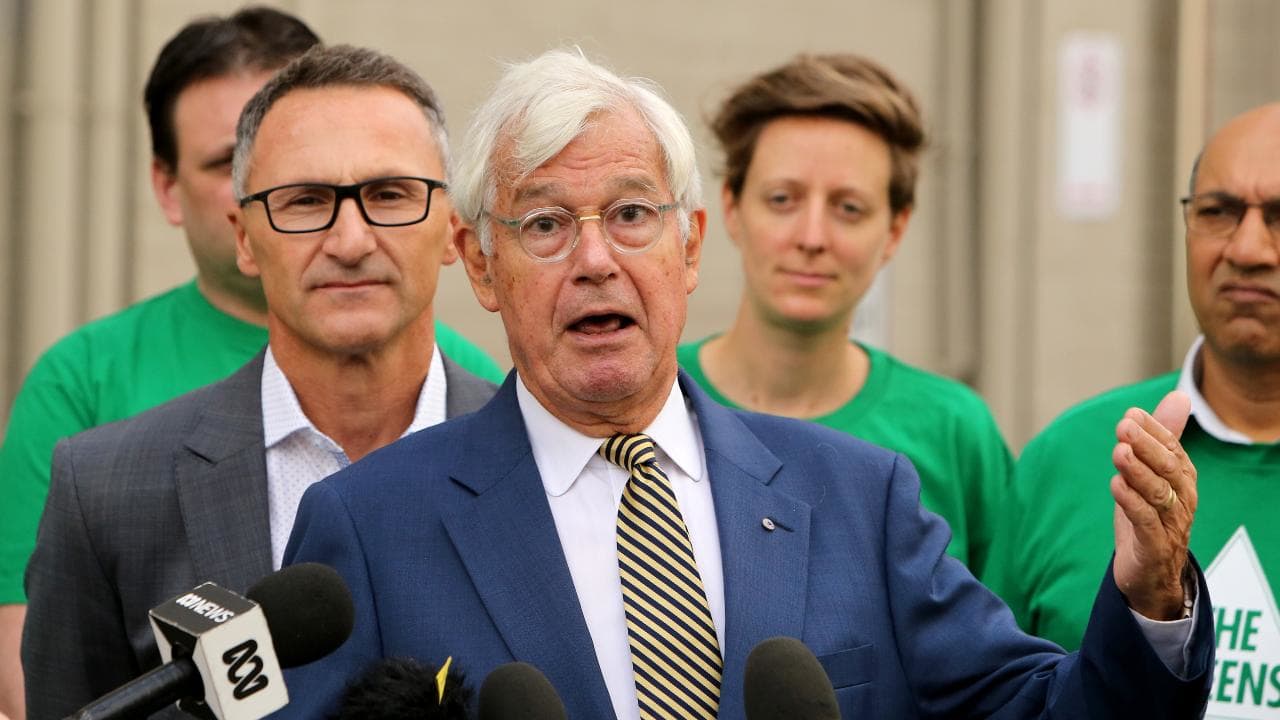 Burnside fits right in with his anti-Israel club

If you were looking for a prototype for today’s populist independent you would find it in EL Wisty, a comic creation of Peter Cook, who in an early 1960s TV sketch declared he was standing for parliament on behalf of the World Domination League.

“I’ve had some wonderful ideas for getting the dominating going,” he explained.

“Things like ‘Vote for EL Wisty and lovely nude ladies will come and dance in your room’.

“It’s a complete lie of course but you can’t afford to be too scrupulous if you’re going to dominate the world.”

Not even Cook could have dreamt up Clive Palmer, the broad-beamed braggart with an oversized mouth who pulls out policies like a late-night gambler in Crown casino peeling from a wad of 50s.

Nor could Cook have imagined Julian Burnside, who blends Palmer’s populism with the piety of Mahatma Gandhi.

Burnside appears to have jotted down his talking points at a Toorak dinner party before treating guests to more of his wisdom.

“The trouble with Twitter,” he might have said, relaxing in his chair, “is that it’s not an ideal place for complex ideas.

“I’m not saying Peter Dutton is guilty of the kind of unspeakable acts which we call the Holocaust but its important to remember the Nazi regime spent years generating in the German community a hatred and fear of Jews, without which the Holocaust would not have been possible.”

Read the article by Nick Cater in The Australian.