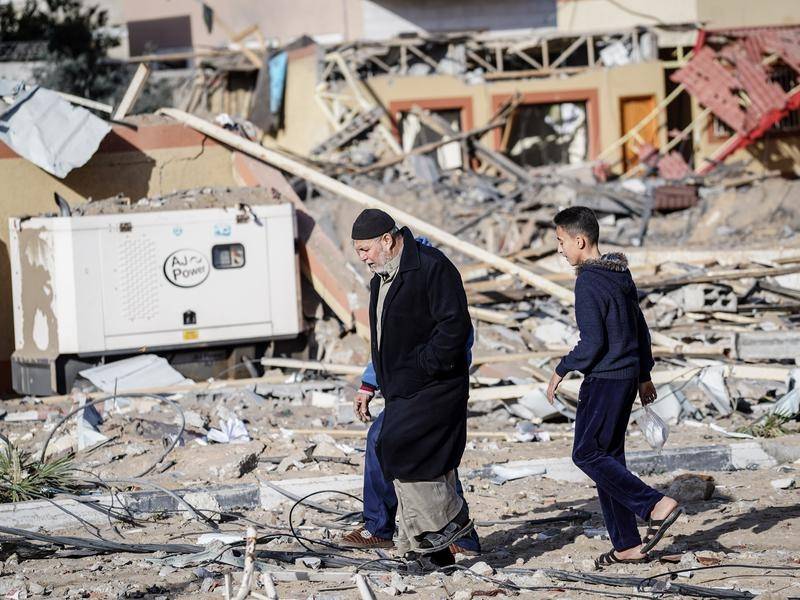 Palestinian militants have fired rockets from Gaza into Israel, drawing retaliatory air strikes and breaking a day-long lull in cross-border fighting between Israel and Hamas that could impact an Israeli election two weeks away.

The biggest Israeli-Palestinian escalation in months, which began on Monday with the longest-range Palestinian rocket attack to cause casualties in Israel in five years, had eased after Egyptian mediation.

But even if the crisis subsides, it could shadow the impending Israeli election on April 9 in which right-wing Prime Minister Benjamin Netanyahu has campaigned on a tough security platform.

In the wake of Palestinian rocket attacks and Israeli air strikes, Israel said it reserved the right to strike again and kept its troops and tanks massed at the Gaza frontier.

The border was mostly quiet on Tuesday and the military lifted its security restrictions in the area. But after darkness fell, at least two rockets launched from Gaza triggered sirens on the Israeli side of the border, the military said.

Read the report by Nidal al-Mughrabi and Maayan Lubell in the Western Advocate.