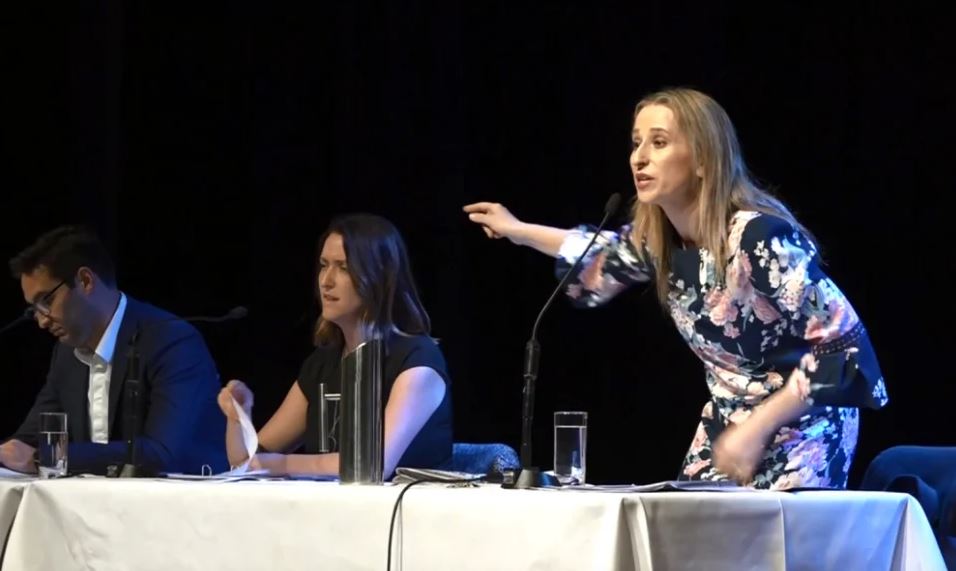 ‘I have a mezuzah’: Election battle heats up in Melbourne’s bagel belt

A clash between two Jewish election candidates over religious identity has given the battle for one of Melbourne’s inner-city seats a bitter edge – even before the federal election has been called.

The clash between Liberal hopeful Kate Ashmor and Josh Burns, her Labor rival for the seat of Macnamara, at a candidates’ forum this week is making waves among the seat’s Jewish residents, where the community’s vote is considered vital to hopes of victory.

Mr Burns and his Labor colleagues were left seething on Sunday evening after Ms Ashmor accused her opponent of not being proud to be Jewish because he did not have a mezuzah, a traditional symbol of religious devotion, in his campaign office.

Responding to a question from the floor about the meaning of Zionism, Ms Ashmor told the meeting at the Glen Eira Town Hall that it was about being “proud to be Jewish”.

“I have a mezuzah on the front door of my campaign office, he doesn’t,” said Ms Ashmor, pointing at Mr Burns.

“Because I’m proud to be Jewish.

Mr Burns responded by asserting pride in his religious and national identity.

“I’m a proud Jew and I’m a proud Australian,” the Labor candidate said.

Read the article by Noel Towell in The Sydney Morning Herald.