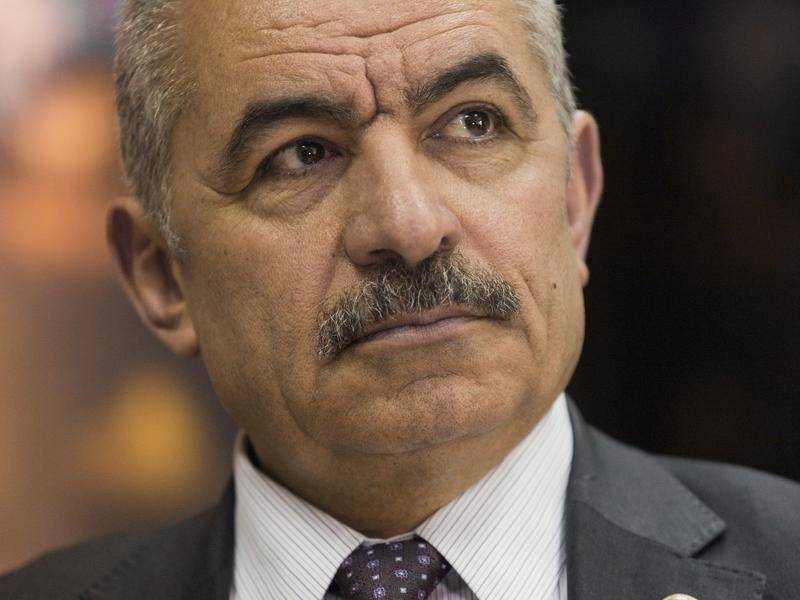 The new Palestinian prime minister has accused the United States of declaring “financial war” on his people and said an American peace plan purported to be in the works will be “born dead”.

In his first interview with international media since taking office over the weekend, Mohammad Shtayyeh laid out plans to get through the financial crisis he has inherited and predicted that the international community, including US allies in the Arab world, would join the Palestinians in rejecting US President Donald Trump’s expected peace plan.

“There are no partners in Palestine for Trump. There are no Arab partners for Trump and there are no European partners for Trump,” Shtayyeh said during a wide-ranging hour-long interview.
Shtayyeh, a British-educated economist, takes office as the Palestinian Authority, which administers autonomous zones in the Israeli-occupied West Bank, is mired in a financial crisis.

The Trump administration has slashed hundreds of millions of dollars of aid, including all of its support for the United Nations agency for Palestinian refugees.

Israel has meanwhile withheld tens of millions of dollars of tax transfers to punish the Palestinians for their “martyrs’ fund,” a program that provides stipends to the families of Palestinians imprisoned or killed as a result of fighting with Israel.