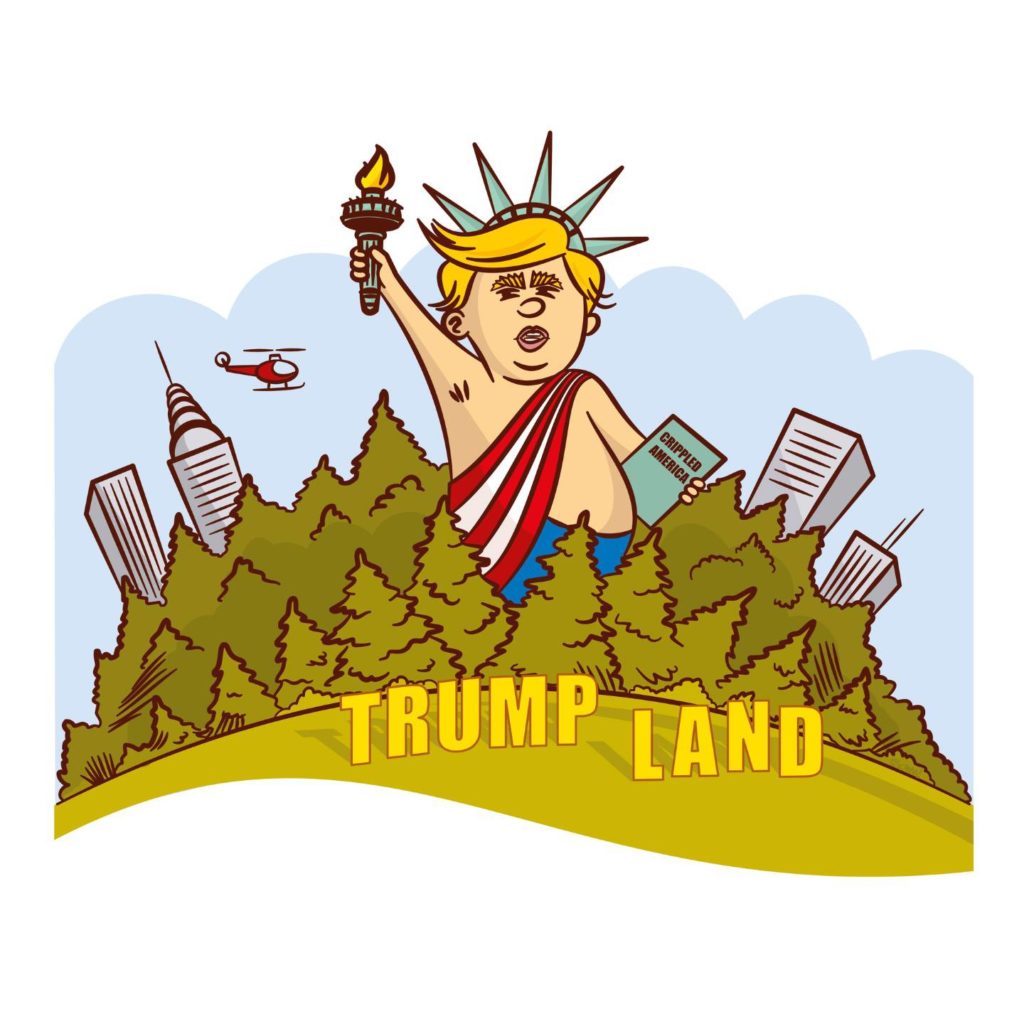 Donald Trump in the image of the Statue of Liberty Vector

The Israelis haven’t yet narrowed down their choice for the name of a new settlement on the Golan Heights. But they have decided to name it after US President Donald Trump.

The unexpected honour comes as an expression of gratitude from the Israeli’s following Trump’s bold move to recognise its claim of sovereignty over the Golan Heights.

In a 1967 war, Israel took the Golan from Syria and seized it, however, this move was never internationally recognised.

However, last month Trump and the US broke with other world powers and signed a verdict that acknowledges Israeli dominion there, RAW reports.

On Thursday, in a video message made on the Golan, Israeli Prime Minister Benjamin Netanyahu stated that ‘All Israelis were deeply moved when President Trump made his historic decision’.

Read the article in The Australian Tribune.