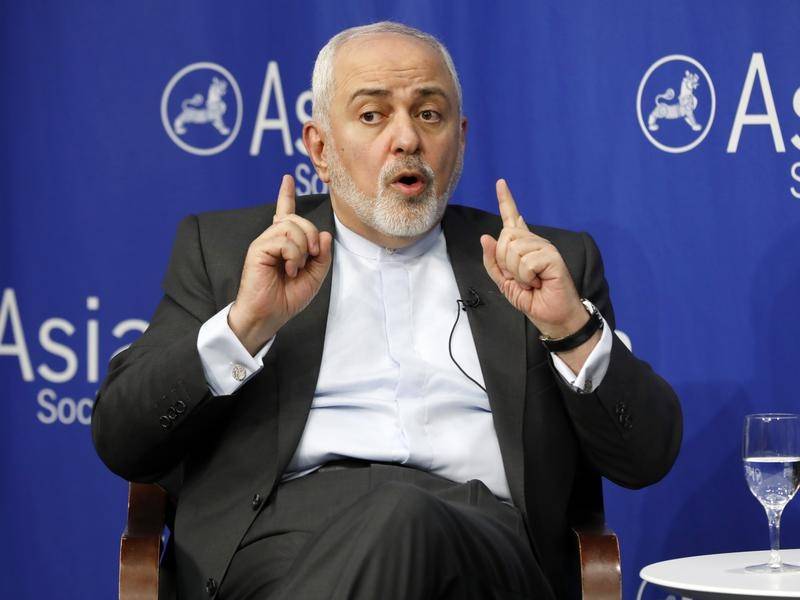 Iran’s top diplomat says President Donald Trump’s aim “is to bring us to our knees to talk” but national security adviser John Bolton and key US allies in the Mideast want “regime change at the very least” and the “disintegration of Iran.”

Foreign Minister Mohammad Javad Zarif said he doubts Trump wants conflict because the president ran on a campaign promise “not to waste another $US7 trillion in our region in order to make the situation only worse.”

But Zarif said what he called “the B team” – Bolton, Israeli Prime Minister Benjamin Netanyahu, Saudi Arabia’s Crown Prince Mohammed bin Salman and Abu Dhabi Crown Prince Mohammed bin Zayed – is trying “to push Iran to take action” as a pretext for “crazy” and “adventurous” US actions.
“President Trump has a plan, but he’s being lured into not a plan but a trap,” Zarif warned in a question-and-answer session at the Asia Society. “It will cost another $US7 trillion and even a greater disaster.”
Zarif said “it’s not a crisis yet, but it’s a dangerous situation,” adding that “accidents, plotted accidents are possible.”

The Trump administration reimposed sanctions on Iran, including on its energy sector, last November, after pulling America out of the landmark 2015 nuclear deal between Iran and six world powers.

Read the article by Edith M. Lederer in The Canberra Times.