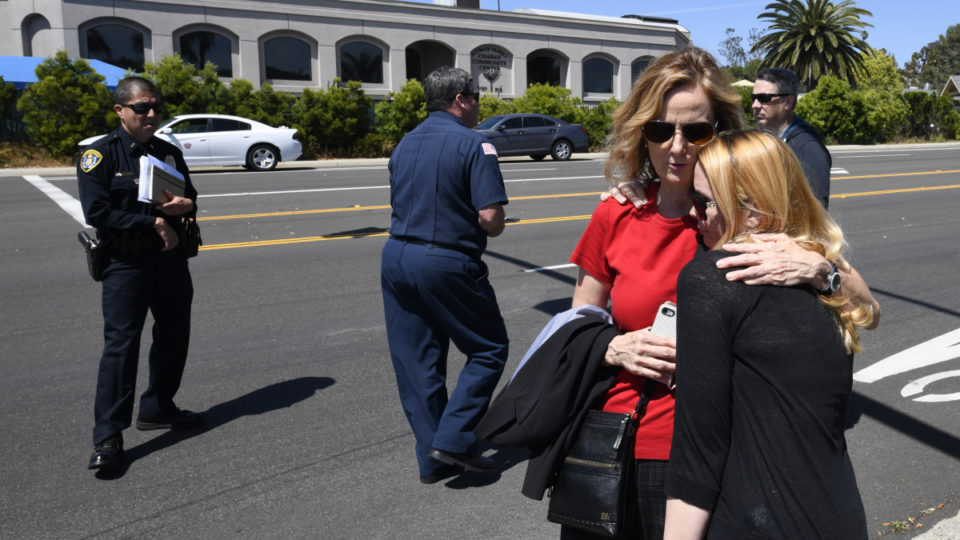 A woman is dead and at least three others wounded after a teenager armed with an assault opened fire inside a Southern California synagogue.

Four people were taken to hospital after the shooting at a synagogue outside San Diego just before 11.30am local time on Saturday.

Victims of the shooting include the resident rabbi, identified as Yisroel Goldstein, who lost two fingers.

US authorities have identified the teen suspect in the shooting attack at a synagogue outside San Diego as John Earnest and say he’s also being investigated over a fire at a mosque in a nearby city last month.

San Diego County Sheriff William Gore told reporters on Saturday the teen had no prior arrests, ading that his department will work with the FBI and the city of Escondido to investigate Earnest’s possible connection to a fire at Dar-ul-Arqam mosque last month.

Witness reports say congregants drove off the attacker left the premises after worshipper who works as a US Border Guard produced his own weapon and returned fire.

The unidentified youth was wearing a combat vest and brandishing an assault rifle when he burst into the synagogue and began shouting anti-Semitic slurs while spraying the congregation with bullets.

At least ten shots were fired before the gunman retreated.