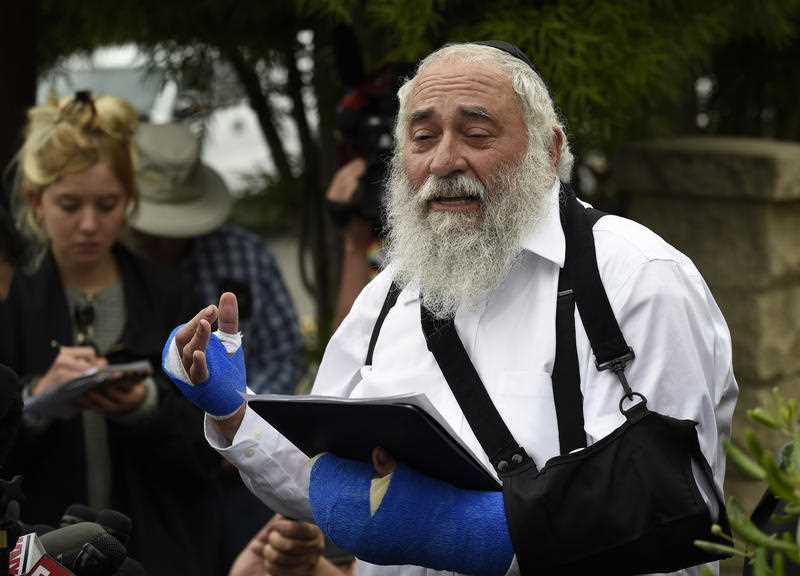 The rabbi, who carried on preaching after he was shot in the hand at close range, says anti-Semitism cannot be tolerated in any form.

A rabbi who carried on preaching despite being wounded in the latest deadly shooting at a US synagogue said Sunday that Jews would not be intimidated by the “senseless hate” of anti-semitism.

A 60-year-old woman, Lori Kaye, was killed and three people were wounded when a gunman burst into the synagogue in the southern Californian town of Poway on Saturday and opened fire on the final day of Passover.

Police identified the shooter as John Earnest, 19, who had posted angry anti-Jewish remarks online just before the shooting and claimed he was behind the arson of an area mosque weeks earlier.

Read the report and watch the news clip on SBS TV news.