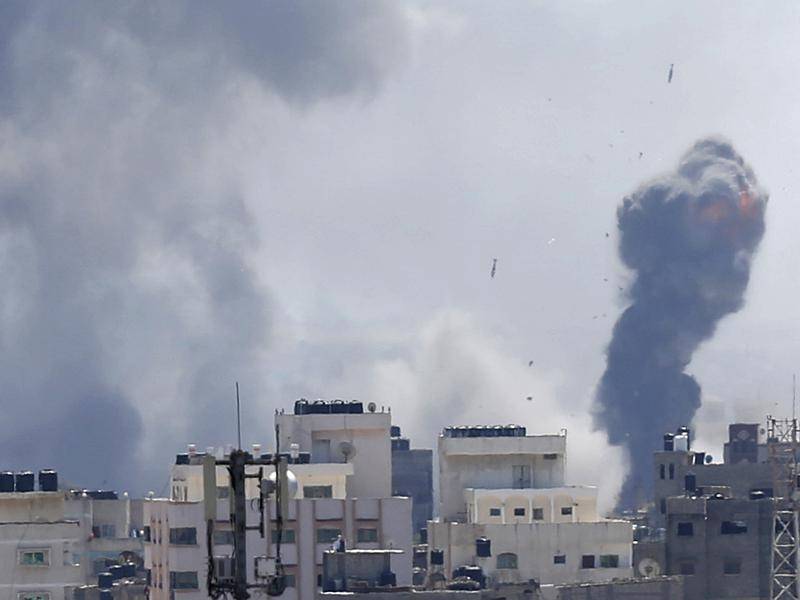 The Israeli military says an errant Palestinian rocket that misfired – not an Israeli air strike – caused the death of a pregnant Palestinian mother and her 14-month-old girl in the Gaza Strip.

Conricus says Israeli forces have killed eight militants amid strikes against some 220 targets in the Gaza Strip.
He says these were all deemed “high-quality,” legitimate militant sites, including the homes of militants in which militant activity was taking place. He says he has no knowledge of civilians being harmed by Israeli fire.
In the new round of violence, militants in Gaza have fired over 400 rockets into southern Israel in the last 24 hours, killing one Israeli man, Moshe Agadi.

After being struck by shrapnel on Sunday, the 58-year-old died of his wounds, marking the first Israeli casualty from rocket fire since the 2014 war with Hamas militants.

Israel’s Iron Dome defence system intercepted dozens of the projectiles but four Israelis were wounded, including an elderly man who’s in a critical condition.