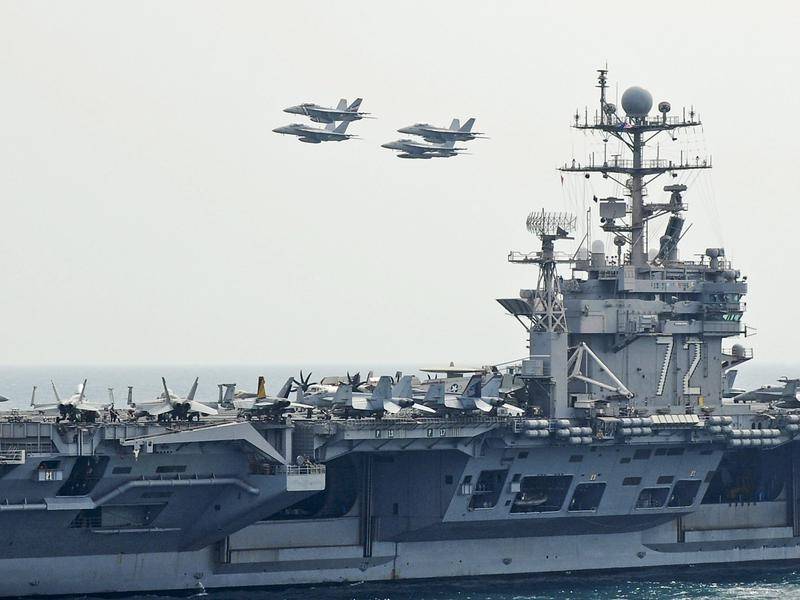 US deploying forces in warning to Iran

The United States is deploying a carrier strike group and a bomber task force to the Middle East to send a clear message to Iran that any attack on US interests or its allies will be met with “unrelenting force”, US national security adviser John Bolton says.

Amid rising tensions between the United States and Iran, Bolton said the decision was “in response to a number of troubling and escalatory indications and warnings”.

“The United States is not seeking war with the Iranian regime, but we are fully prepared to respond to any attack, whether by proxy, the Islamic Revolutionary Guard Corps or regular Iranian forces,” Bolton said in a statement.

It marked the latest in a series of moves by President Donald Trump’s administration against Iran in recent weeks.

Washington has said it will stop waivers for countries buying Iranian oil, in an attempt to reduce Iran’s oil exports to zero. It has also blacklisted Iran’s elite Revolutionary Guard Corps.

The Trump administration’s efforts to impose political and economic isolation on Tehran began last year when it unilaterally withdrew from the nuclear deal it and other world powers negotiated with Iran in 2015.

Read the article in the Canberra Times.