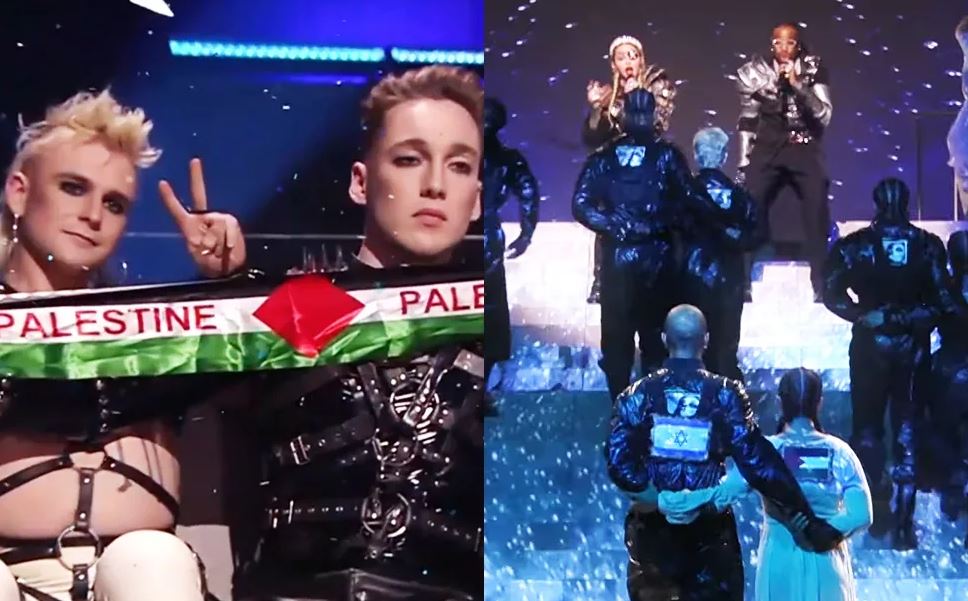 Madonna and Icelandic act Hatari have sparked controversy at this year’s Eurovisioncompetition after displaying Palestinian flags during their appearances at the Israel-hosted event.

Hatari – who placed 10th in the competition – used their points announcement segment to hold up the flags, which could see them disqualified from the competition for disregarding the rules of the Eurovision broadcast being a “non-political event”.

Palestinian Campaign for the Academic and Cultural Boycott of Israel has condemned the action saying “Palestinian civil society overwhelmingly rejects fig-leaf gestures of solidarity from international artists crossing our peaceful picket line #Hatari” in a post to Twitter.

Madonna’s performance of new track Future, which she sang alongside Migos’ Quavo, was wrapped up with two dancers walking arm in arm up a flight of stairs on-stage, one with the Palestinian flag and the other with the Israeli flag on their backs.

Read the article by Jessica Dale on The Music.