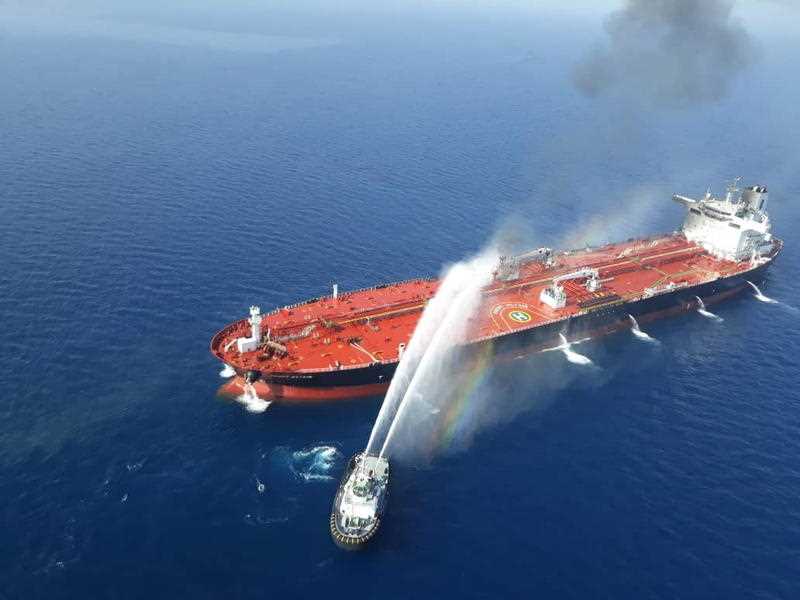 US President Donald Trump has blamed Iran for attacks on two oil tankers in the Gulf of Oman, while the EU and China have urged for restraint.

US President Donald Trump has blamed Iran for attacks on two oil tankers at the entrance to the Gulf despite Tehran’s denials, raising fears of a confrontation in the vital oil shipping route.

Iran has dismissed earlier US charges that it was behind Thursday’s attacks that crippled two tankers. It has previously suggested it could block the Strait of Hormuz, the main route out for Middle Eastern oil, if its own exports were halted.

“Iran did do it and you know they did it because you saw the boat,” Mr Trump told Fox News.

He was referring to a video released on Thursday by the US military which said it showed Iran’s Revolutionary Guards were behind the blasts that struck the Norwegian-owned Front Altair and the Japanese-owned Kokuka Courageous in the Gulf of Oman, at the mouth of the Gulf.

In a notable signal that close US allies are wary of Washington’s position, Germany said the video was not enough to apportion blame for Thursday’s attack.

Iran has accused the United States and its regional allies such as Saudi Arabia and the United Arab Emirates of “warmongering” by making accusations against it.