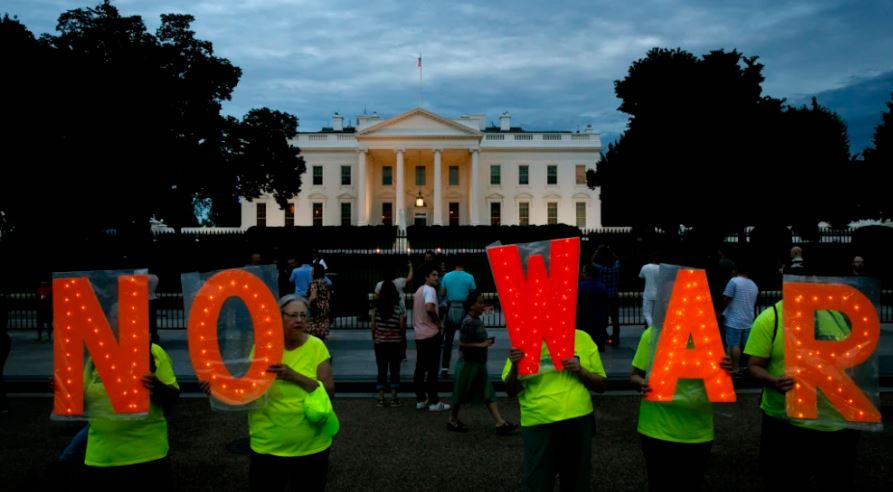 Trump should hurry up and wait on Iran, for the world’s sake

Yesterday US President Donald Trump put a last-second halt to what would have been his third military action against targets in the Middle East, after hitting Syria twice. As bombastic as his Twitter account can be, he has undoubtedly taken a more measured tone with Iran.

In just the last two months, forces suspected to be Iranian or Iranian-backed have allegedly attacked a pipeline and multiple commercial vessels, Iran has threatened to increase uranium enrichment beyond the levels agreed to in the initial nuclear deal, and on Thursday Iran seemingly shot down a $US130 million ($188 million) drone over international waters.

Reports citing Iranian sources say Trump threatened a US strike unless Tehran agreed to negotiations, but then cancelled the strikes at the last moment after Iran seemingly called his bluff.

It is unclear at this point whether this was merely a strategic leak from the Iranian government to goad President Trump into a more destabilising action or the reality of how events unfolded.

What is clear, however, is that there is strategic value for the United States in not retaliating against Iran with more strikes at this time. It’s still unclear whether Trump changed course on air strikes due to a simple change of heart, logistical developments, or even because he is planning to conduct them at some time in the future.

The Iranian government and military are deliberate and calculating actors. It is highly unlikely that the attack on the drone – or their other recent actions in the region – were mistakes, unintentional, or the action of rogue elements of the Iranian military.

Read the article by Jared Mondschein (Senior Fellow and Senior Advisor at the US Studies Centre at the University of Sydney) in The Sydney Morning Herald.