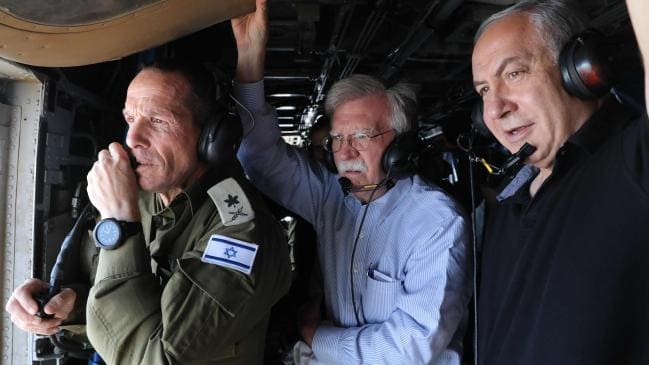 Take Palestinians at their word: give them rejection they crave

The US-led Peace to Prosperity conference on the Palestinian economy opening in Bahrain today will likely be attended by ­representatives of seven Arab states — a clear rebuke to foreign policy experts who said recognising Jerusalem as Israel’s capital and the Golan Heights as Israeli territ­ory would alienate the Arab world.

Sunni Arab states are lending legitimacy to the Trump administration’s plan, making it all the more notable that the Palestinian Authority itself refuses to participate.

The two-day conference’s only agenda is improving the Palestinian economy. It isn’t tied to any diplomatic package, and the plan’s 40-page overview contains nothing at odds with the Palestinian’s purported diplomatic goals. Some aspects are even politically ­uncomfortable for Israeli Prime Minister Benjamin Netanyahu.

Given all that, the PA’s unwillingness to discuss economic opportunities for its own people, even with the Arab states, shows how far it is from discussing the concessions necessary for a diplomatic settlement. Instead it seeks to deepen Palestin­ian misfortune and use it as a cudgel against Israel in the theatre of international opinion.

This isn’t the first time the Palestinians have said no. At a summit brokered by Bill Clinton in 2000, ­Israel offered them full statehood on territory that included roughly 92 per cent of the West Bank and all of Gaza, along with a capital in Jerusalem. The PA rejected that offer, leading Israel to up it to 97 per cent of the West Bank in 2001. Again, the answer was no. An even further-reaching offer in 2008 was rejected out of hand. And when Barack Obama pressured Israel into a 10-month settlement freeze in 2009 to renew negotiations, the Palestinians refused to come to the table.

Read the article by Eugene Kontorovich in The Australian (from The Wall Street Journal).