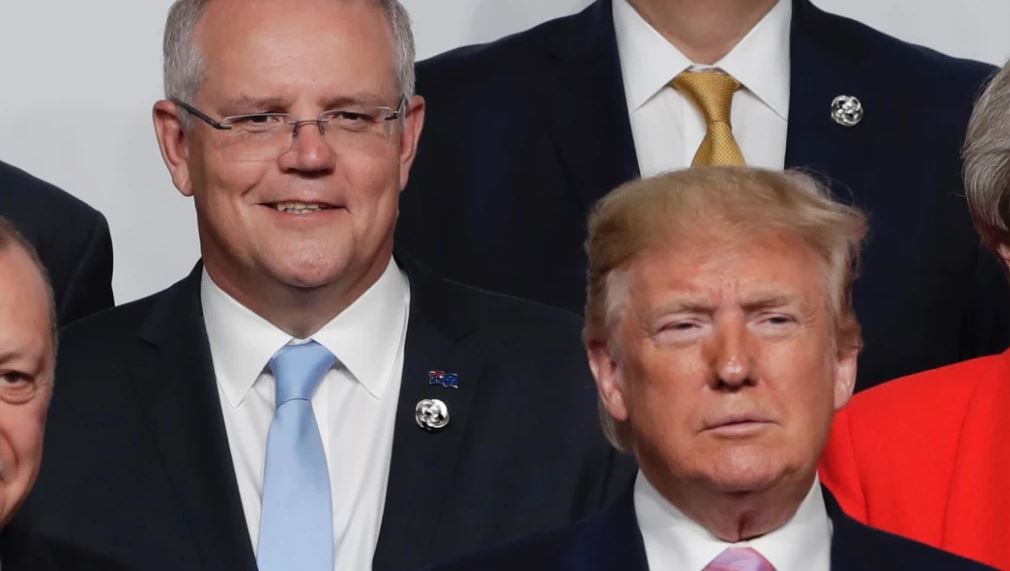 Scott Morrison backs Donald Trump in getting tough on Iran

Osaka: Prime Minister Scott Morrison has backed Donald Trump in taking a harder line against Iran in an escalating dispute over its nuclear program after the US President came close to launching a retaliatory strike against the country last week.

Mr Morrison said the federal government would throw its support behind Mr Trump’s effort to force the country to the negotiating table as experts predict it will breach its agreed cap on low-enriched uranium within days.

The vocal support for Mr Trump came at the Group of 20 summit in Japan after a rare working dinner between the Prime Minister and the President, who used the private meeting to ridicule the nuclear deal signed in 2015 to limit the Iranian program.

The concerns over the Middle East added to the heightened fears about the global economy at the summit, where leaders heard International Monetary Fund chief Christine Lagarde warn that world growth would slump to 3.1 per cent if the trade war between the United States and China continued, compared to 3.6 per cent under an alternative scenario.

Mr Morrison warned that it was “very premature” to canvass the ways Australia might back the Trump administration in the Middle East but he did not rule out options in the wake of the attacks on two oil tankers in the Gulf of Oman and Iran’s decision to shoot down a US drone aircraft.

Read the article by David Crowe and David Wroe  in The Sydney Morning Herald.