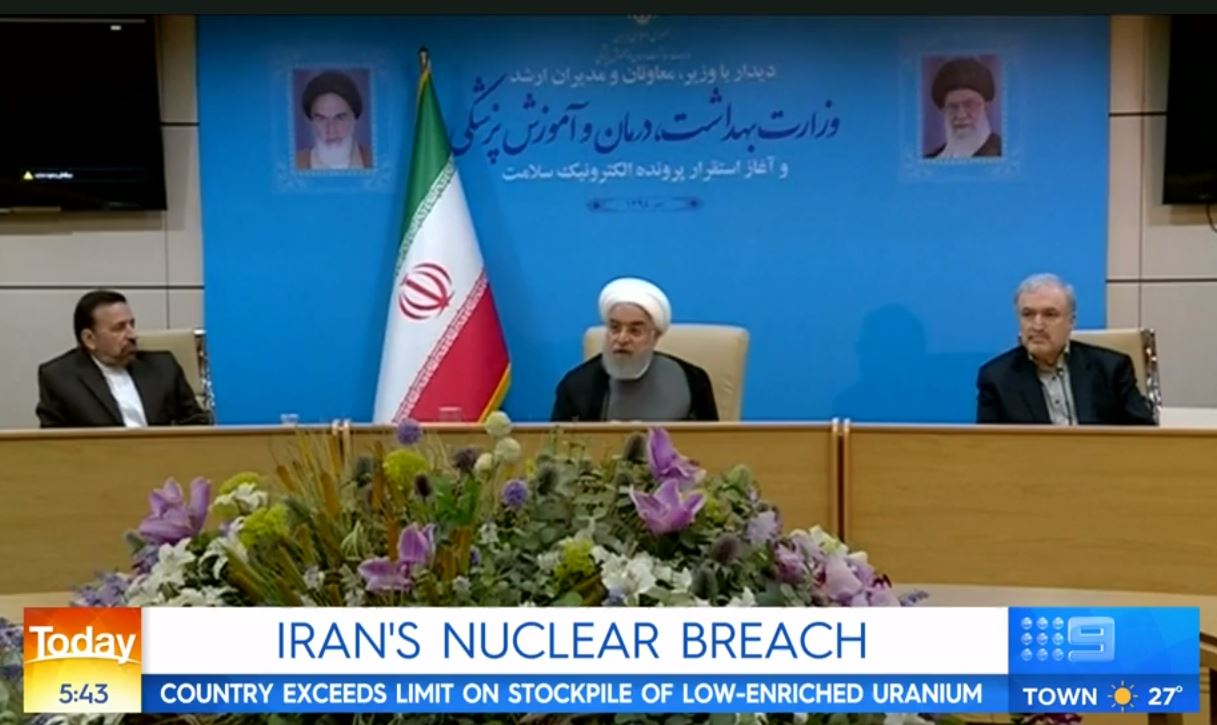 Iran confirms it has breached its stockpile limit of enriched uranium

Jmedia Manager
Channel Nine
July 2, 2019 179
Iran has reveal it has broken the limit set on its stockpile of low-enriched uranium by the 2015 nuclear deal, marking its first major departure from the unraveling agreement a year after the US unilaterally withdrew from the accord.
Iran had been expected for days to acknowledge it broke the limit after earlier warning it would do so. It held off on publicly making an announcement as European leaders met in Vienna on Friday to discuss ways to save the accord.
Iran has threatened to increase its enrichment of uranium closer to weapons-grade levels by July 7.
The announcement comes as tensions remain high between Iran and the US.
In recent weeks, the wider Persian Gulf has seen Iran shoot down a US military surveillance drone, mysterious attacks on oil tankers and Iranian-backed rebels in Yemen launching bomb-laden drones into Saudi Arabia.
The state-run IRNA news agency quoted Foreign Minister Mohammad Javad Zarif as making the uranium announcement. IRNA reported that Zarif, answering a reporter’s question whether Iran had broken the limit, said: “Yes.”
“If Europeans do what they have to do, our measures are reversible,” Zarif said, according to IRNA.
Read the article on Channel Nine News.