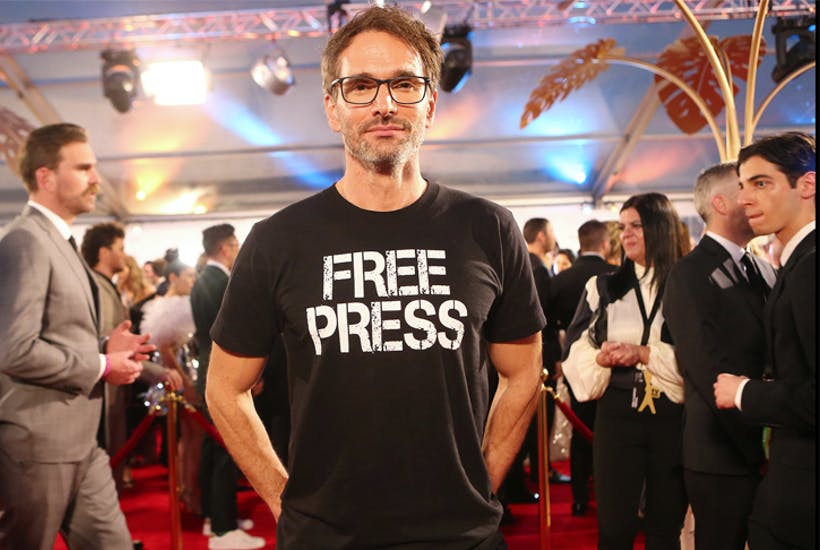 Another Sampson blinded in Gaza

Hooray for Pallywood, or rather Gazallywood, that wonderful melange of misleading footage, falsehoods, fakeries and frauds that makes up so much of what the Western media reports as going on in Gaza. The latest offering was brought to Australia by Todd Sampson, co-creator of Earth Hour and host of Body Hack on Channel 10, which was made with generous funding from unsuspecting taxpayers, courtesy of Screen Australia and Create NSW.

Mr Sampson says he was assisted by the only female fixer in Gaza and not since Samson fell for Delilah and had his eyes gouged out by the Philistines has anyone been quite so blind to Palestinian shenanigans in Gaza.

Sampson says his original mission was to document the lives of medics in Gaza, but once he met his fixer, he ended up making something else. What? Hamas propaganda. ‘Body Hack is not a political show, we’re not here to take sides,’ says Sampson somewhat disingenuously, since he didn’t even try to present two sides to the story; he spent three weeks filming in Gaza and none in Israel. As he gads about from one lethal ‘protest’ to the next, he is perpetually surprised when he and his Hamas minders are shot at as they charge at Israeli soldiers and sailors. ‘It’s starting to feel to me like a sick form of target practice,’ he whinges, as if he thinks the whole thing is a nasty game the Israelis are playing. ‘It’s really hard not to take sides, when one side is shooting at you,’ he announces. Well, what a surprise. That is how Israelis feel.

Since Hamas seized power in Gaza, in 2006, Israeli civilians have been bombarded with rockets and mortars; more than 600 were fired in May this year, and more than 20,000 have been fired at Israel since 2001. Sampson doesn’t cover that. He is only interested in Palestinian pain. ‘To not show what we showed would be to omit the truth,’ he says, but it is his sins of omission which distort reality. He talks of Israel bombing a school without explaining that Hamas weapons were hidden in it or flattening apartment blocks without explaining that Hamas shoots weapons from heavily populated areas to use civilians as human shields. There is no mention of Hamas diverting millions of dollars in international aid into constructing tunnels to allow terrorists to infiltrate Israel. Or conversely of the thousands of Palestinians who are treated in Israeli hospitals every year.

Read the article by Rebecca Weisser in The Spectator.