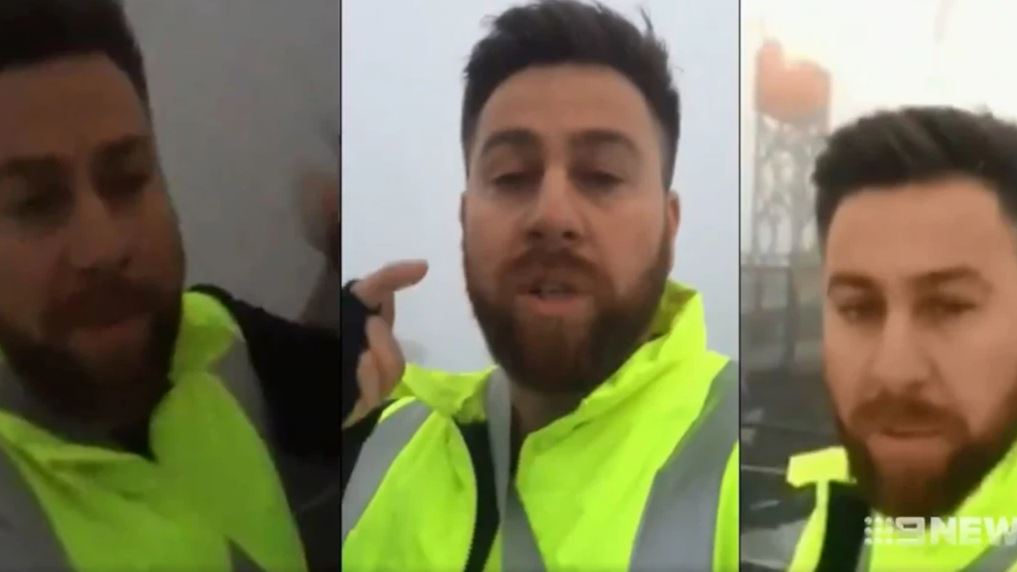 Man charged after scaling Harbour Bridge in protest over Iran

A man has been arrested and charged after he climbed the Sydney Harbour Bridge on Sunday morning, police say.

Police said they were told about 6.15am that the man was seen climbing an arch of the bridge carrying a banner.

The 33-year-old addressed US President Donald Trump in a video that appears to have been taken on the bridge and was later uploaded to social media.

In the video, the man identifies himself as a member of the “Restart” movement, a group that, according to its website, wishes to “overthrow the regime of Islamic Republic of Iran” and “establish a government based on knowledge and merits” to bring peace to the Middle East.

The man also appears to have tied an Iranian, US, Australian and Israeli flag to the bridge during the protest.

“President Trump I have a message from Iranian people to you, the lions are waking up, the patriots are awake, all the patriots around the world are together, we are all together in this fight,” he said in the video.

Read the report by Steve Jacobs and Sarah Keoghan in The Sydney Morning Herald.