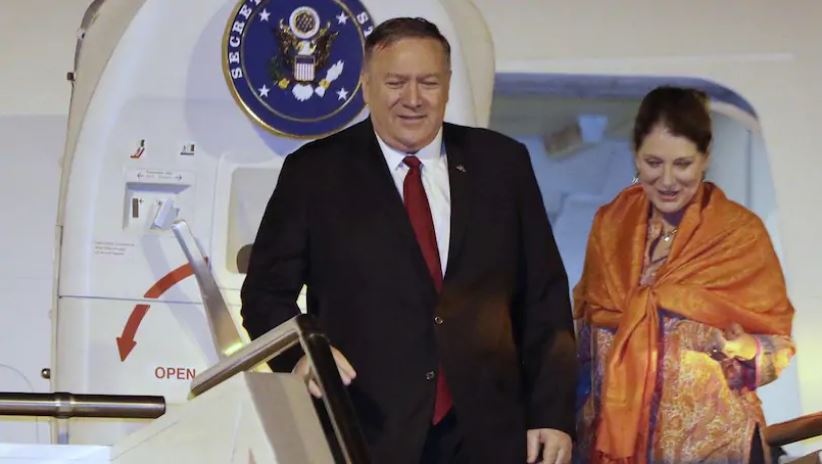 Iran, Asia on the agenda for US-Aust talks

US Secretary of State Mike Pompeo has landed in Sydney ahead of talks with Prime Minister Scott Morrison and other key officials.

Mr Pompeo and newly appointed US Defense Secretary Mark Esper were greeted by US Ambassador to Australia Arthur Culvahouse and US Consul General in Sydney Sharon Hudson-Dean at Sydney Airport on Saturday evening.

The men are in town for the annual Australia-United States ministerial meeting on Sunday, where they will meet with Australian Foreign Minister Marise Payne and Defence Minister Linda Reynolds.

Renewed tensions in the Middle East as Iran flexes its military muscle and the growing dominance of China in the Pacific region are expected to be hot topics during the discussions.

Before the meeting, the prime minister will host his two US guests at a dinner at Kirribilli House on Saturday night.

Mr Morrison has a close relationship with US President Donald Trump, and is due to attend a state dinner at the White House next month.

Ahead of Sunday’s important discussions, Cabinet minister Mathias Cormann insisted “no decision” has been made as to whether Australia will join a US-led coalition aimed at protecting shipping in the Persian Gulf from Iranian military forces.

Read the article by Colin Brinsden in The West Australian (AAP).