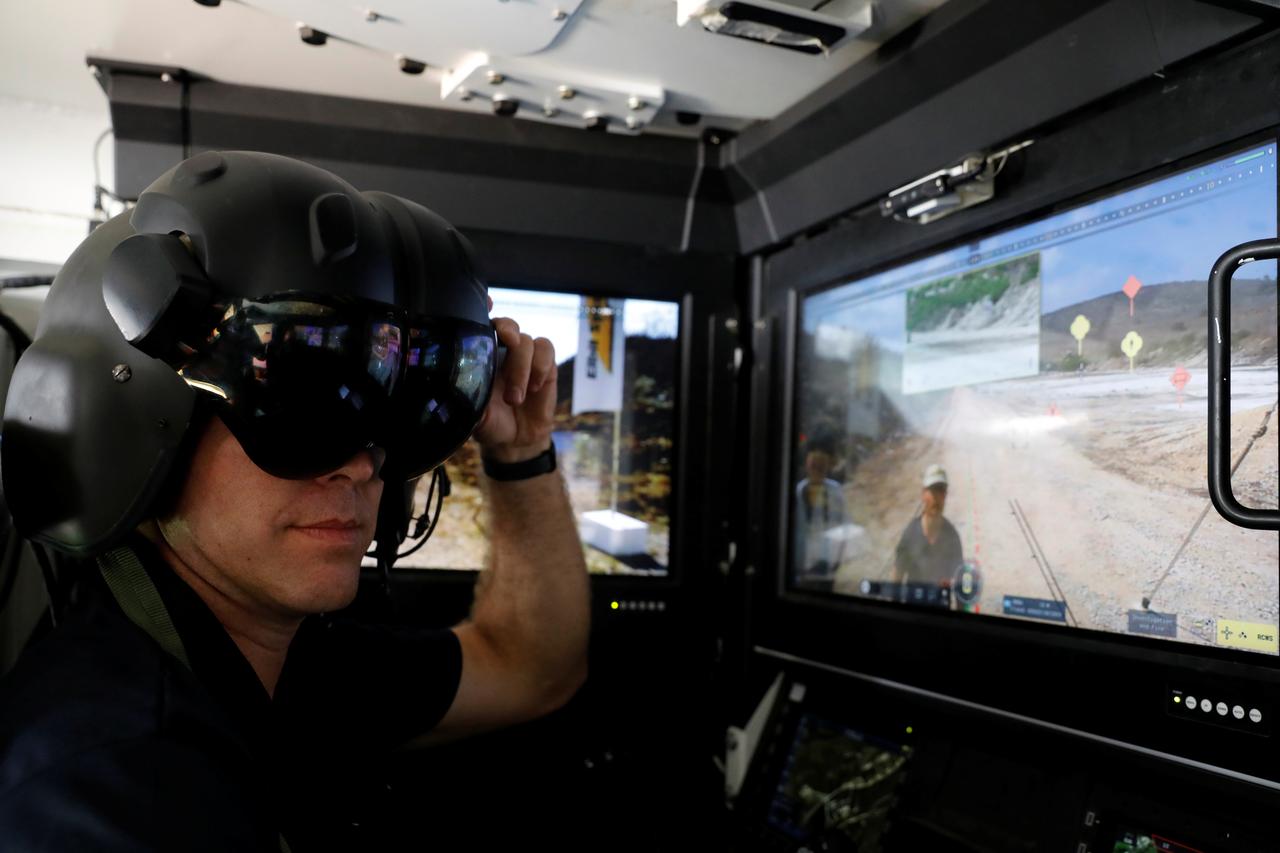 Israeli army in no rush to go fully robotic

Israel is around 30 years away from its ambition of deploying robot forces, and for now will choose between three prototypes of semi-automated armoured vehicles to cocoon its troops in battle, defence officials said on Sunday.

Israel has long eyed a future robot army as a means of reducing the use of soldiers on its combustible fronts with Gaza, Lebanon and Syria, just as its air force increasingly relies on robotic drones.

The country draws most of its military personnel from teenage conscripts.

An unveiling of Israel’s newly-developed operating suites for ground fighting vehicles made clear it plans to keep soldiers at the controls, albeit entirely insulated from the outside: Hatches battened, the cabins will have smart-screens, fed by outside cameras and sensors, instead of windows or ports.

“Now the people will be sitting in the tank, it’s closed, they are far better protected, and they can advance without worrying about snipers or other things,” said Brigadier-General Yaniv Rotem, head of the Defence Ministry’s development unit.

The prototype suites, designed by Israel’s top three defence firms as they compete for an army tender, include artificial intelligence systems billed as spotting enemy fighters and directing the vehicle’s counter-fire at them automatically.

Asked why Israel was not eliminating human involvement entirely and operating the vehicles remotely, Rotem told reporters: “At the end of the day, it is the man in the vehicle who takes the decision. You need someone who thinks more than a machine.”

The Defence Ministry, he said, was separately devoting “a lot of discussion” to a potential robot army of the future.

“Our vision (is), 30 years from now, a lot of autonomous capability,” he said.

Read the article by Dan Williams in IT News.