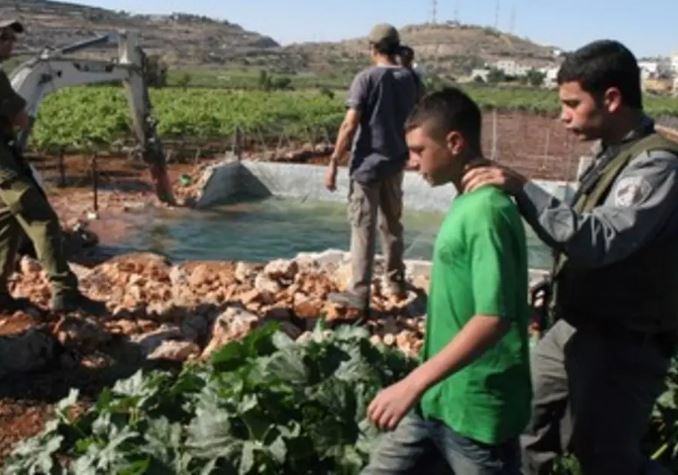 Palestinians living in isolated communities in the West Bank say they’ve been left without water, after Israel destroyed wells and pipes, and seized the water trucks used to supply their villages.

Israel’s military says the water was being stolen, but its actions mean more than a thousand people have no water at the height of summer.

Human rights groups say Israel’s cutting off the water to pressure Palestinians to move off their land.

Listen to the segment by Eric Tlozek on the ABC AM program.

[Editor: This is an extraordinary example of the one-sided pro-Palestinian propaganda sympathy for which the ABC is notorious. The extremely short audio grabs in Arabic by a West Bank resident and Palestinian mayor are insupportable nonsense.]