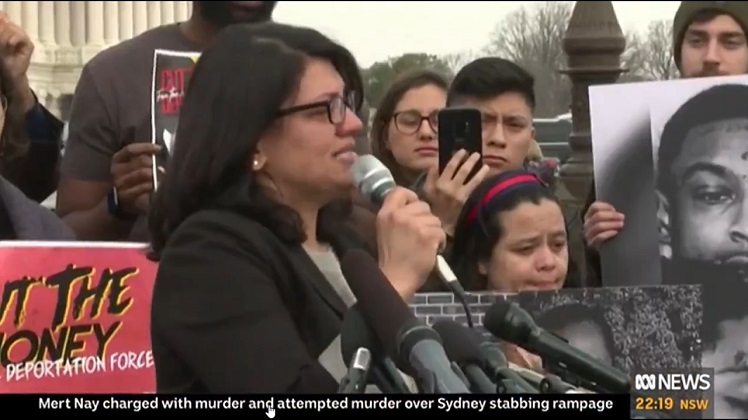 Donald Trump: Any Jew voting Democratic is uninformed or disloyal

Washington: US President Donald Trump on Tuesday said that any Jewish people who vote for Democrats are showing “either a total lack of knowledge or great disloyalty”, prompting an outcry from critics who said the President’s remarks were promoting anti-Semitic stereotypes.

Trump made the comment in an exchange with reporters in the Oval Office ahead of a meeting with Romanian President Klaus Iohannis.

Trump began by lashing out at Democratic legislator Rashida Tlaib, questioning the sincerity of her tears at a news conference in which she spoke about her decision not to travel to Israel to see her elderly grandmother, who lives in the occupied West Bank.

“Yesterday, I noticed for the first time, Tlaib with the tears,” Trump said. “All of the sudden, she starts with tears, tears … I don’t buy it for a second, because I’ve seen her in a very vicious mood at campaign rallies, my campaign rallies, before she was a congresswoman. I said, ‘Who is that?’ And I saw a woman that was violent and vicious and out of control.”

At Trump’s urging, Israel last week blocked the pair from entering the country. Israel later agreed to a humanitarian visit for Tlaib to visit her grandmother who lives in the West Bank. Tlaib declined.

Read the article by Felicia Sonmez and John Wagner in The Sydney Morning Herald.