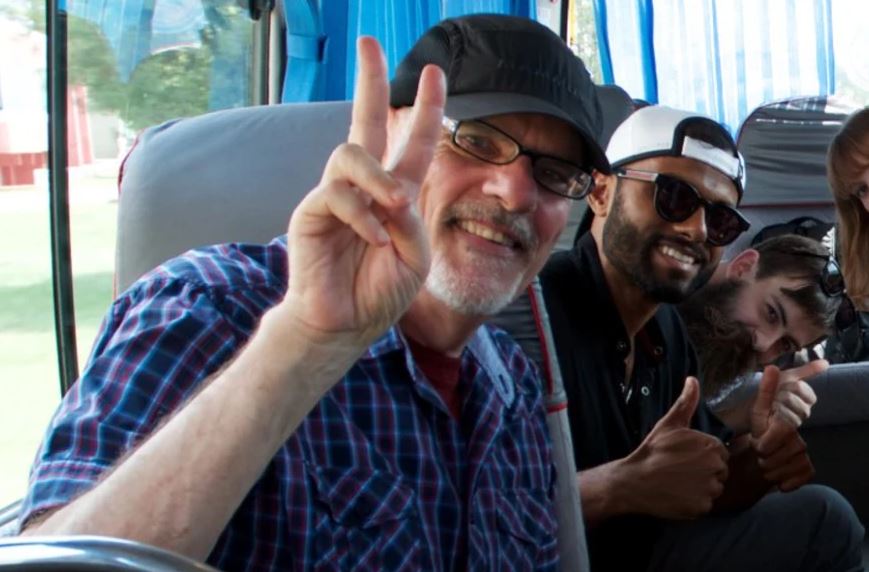 A prominent Sydney academic sacked amid a Nazi swastika scandal claims he only “faintly” superimposed the symbol over the Israeli flag in lecture slides disseminated to his students.

Former political economy lecturer Tim Anderson argues he was fired by the University of Sydney because of bullying and harassment complaints he lodged against senior staff while he was under investigation over the swastika incident and other issues.

He also threatened vice-chancellor Michael Spence with a defamation lawsuit during the investigation.

The full extent of the battle between Australia’s most prestigious university and its former staffer is revealed in court documents as part of Dr Anderson’s challenge to his dismissal, due for mediation this month.

The high-profile academic was sacked in February after he published lecture slides featuring a Nazi swastika imposed on the Israeli flag. It followed numerous warnings about his conduct and use of social media.

A lifelong activist, Dr Anderson was convicted in 1990 for planning the 1978 Hilton Hotel bombing in Sydney, but was acquitted on appeal.

In his case against the University of Sydney – which is backed by the National Tertiary Education Union – Dr Anderson says he was “exercising his right to intellectual freedom”, which was protected under his employment contract.

Read the article by Michael Koziol in WAtoday.