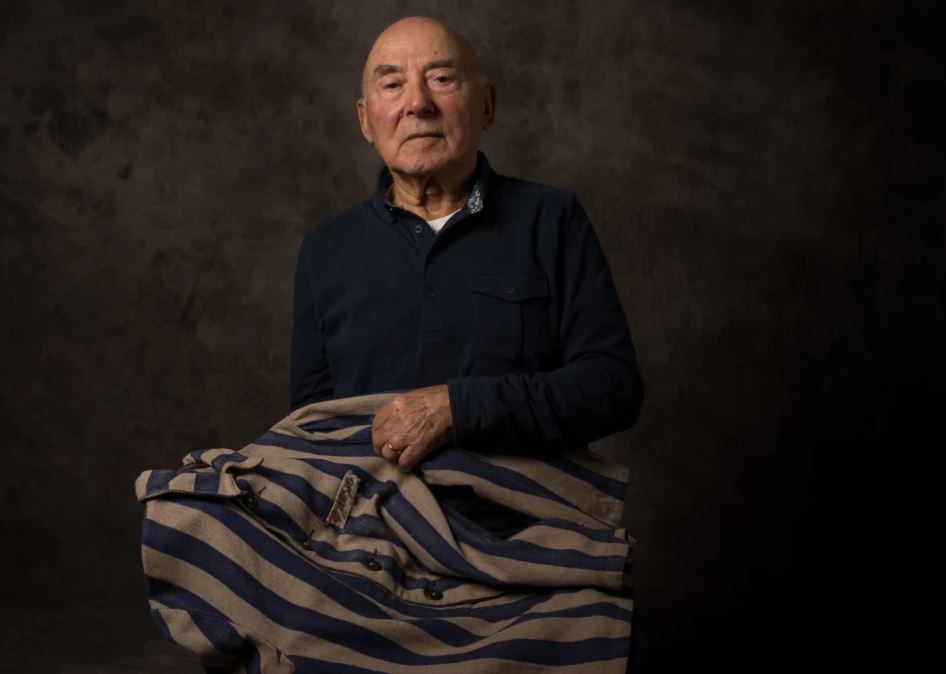 When Soviet troops liberated George Grojnowski in 1945, he and other Holocaust survivors were stripped naked, their uniforms doused in petrol and set alight.

But Mr Grojnowski, then 17, kept his striped jacket. “My pants and hat were burnt but I couldn’t throw the jacket out, that was one thing I was sure of,” he says.

“Especially because it still had the number on it. I wanted to have something to prove where I was.”

The jacket marking him as number 116530 is now among the objects on display at the Sydney Jewish Museum, which will keep its doors open late on Thursday while Holocaust survivors speak alongside their donations.

For years after Mr Grojnowski was liberated, the jacket travelled with him in the bottom of an empty sugar sack he scavenged and used to carry his few possessions. He was told to return to his home town of Radziejow in Poland, close to the German border, which had been overrun within days when the war began.

“I never had a permanent abode,” Mr Grojnowski says. “I went back to my home town after the war but I didn’t walk into the place I was born, because I realised there was no one left.

“I had one bag that I smuggled from one place to another. All the time I kept my jacket. When I come to think of it, it’s a miracle I didn’t lose it because I was in so many situations for five years.”

Read the article by Natassia Chrysanthos in The Sydney Morning Herald.