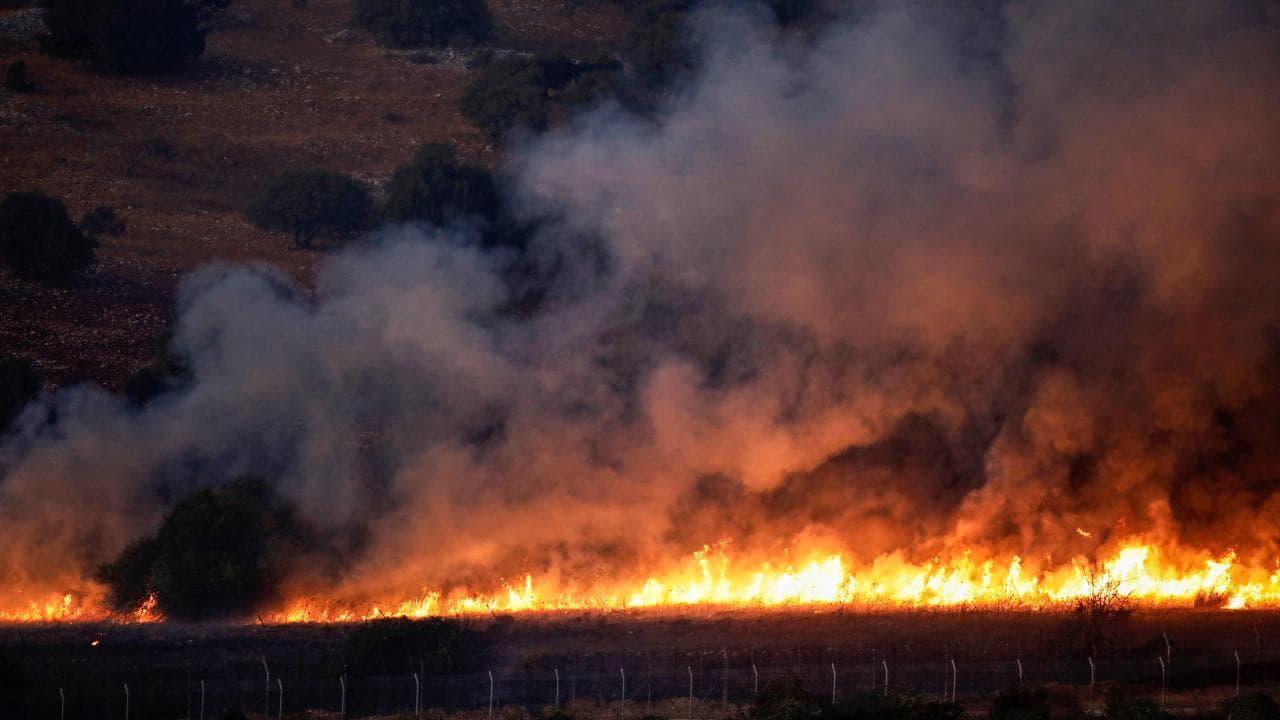 Israel fired scores of artillery shells into southern Lebanon in response to a missile attack by Hezbollah, raising fears of a broader conflict amid growing regional tensions between Israel and Iran.

Israeli armoured units and an attack helicopter on Sunday fired about 100 artillery shells at the Hezbollah squad that ­attacked an Israeli military base and military ambulance near the border town of Avivim.

The ambulance and base were hit by two to three anti-tank missiles fired by Iran-backed Hezbollah, a military spokesman said, adding there were no casualties or major damage.

Hezbollah, which claimed responsibility for the attack, said it had wounded four Israelis. The group, the most powerful military and political force in Lebanon, said it meant the attack as retaliation for an Israeli drone strike against it in Beirut.

Israel and the UN Interim Force in Lebanon said calm returned to the area, but the incident has pushed the region closer to conflict as Israel tries to contain Iran and its allies.

Israel has urged Lebanon to curtail Hezbollah’s military ­activities in the country, as it expands its campaign to challenge Iranian military entrenchment in the region with attacks against Tehran and its allies in Lebanon, Iraq and Syria in recent days.

Read the article by Dov Lieber and Nazih Osseiran in The Australian (from The Wall Street Journal).