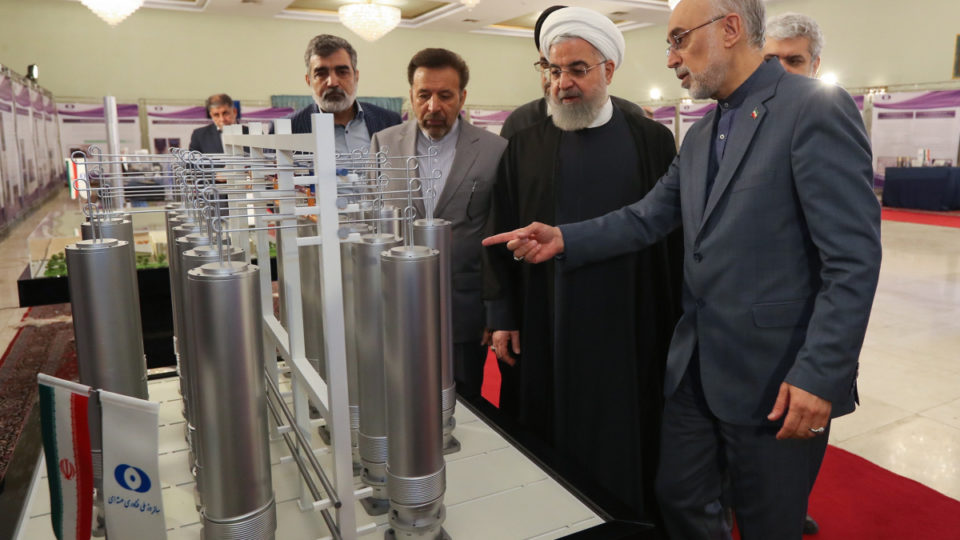 Global security, particularly in the Middle east, has taken a “dangerous” turn after Iran ramped up its nuclear program, including its ability to build nuclear weapons.

The development follows an announcement by Iranian President Hassan Rouhani that his country would begin developing more advanced centrifuges to speed up the enrichment of uranium.

In a televised address, Mr Rouhani said that from Friday, all imposed limitations on nuclear research and development would be lifted, paving the way to build new centrifuges and “whatever is needed for enriching uranium in an accelerated way”.

Though Iran has maintained it is only enriching uranium to fuel nuclear power plants, nuclear experts have warned the introduction of more advanced centrifuges would dramatically speed up the timeline to producing the material needed to make atomic weapons.

The move is the latest step toward scaling back Iran’s commitments to the 2015 nuclear deal with world powers after the US reimposed sanctions on the oil-rich nation last year.

In July, it violated the 300kg limit on its stockpile of low-enriched uranium and exceeding the 3.67 per cent cap on the purity of its uranium stocks.

“This was a totally avoidable situation and we’re now in a really unstable and dangerous dynamic where Iran is playing brinkmanship,” Mr Ruff told The New Daily.