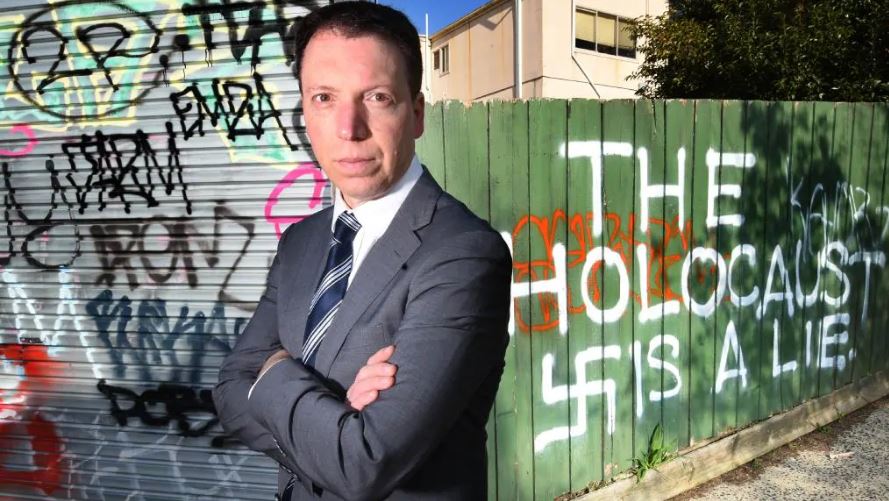 A slew of “abhorrent” anti-Semitic attacks and a graffiti “swastika contagion” have police on high alert ahead of the Jewish High Holy period.

It comes amid fears aggression towards members of the Jewish community is “spreading like wildfire”.

Port Phillip Inspector Nigel McGuire-White told the Leader patrols would be stepped up near synagogues and other sites of significance throughout September and October.

“There has been an increase in reports of people being attacked because of their faith,” he said.

“There are people out there who, for whatever reason, are deliberately trying to cause unease in the Jewish community.

“The bottom line is no tolerance will be shown to people who use violence or intimidating behaviour towards others.

“This area is, and always has been, a really diverse community and we stand with the Jewish community at this time,” he said.

He said police would step up patrols during the High Holidays, which includes the festivals of Yom Kippur and Rosh Hashana.

Anti-Defamation Commission chairman Dvir Abramovich said “not a day goes by without abhorrent anti-Semitic vandalism or threats” disrupting the lives of members of the Jewish community.

Read the article by Jordy Atkinson in the Herald Sun.