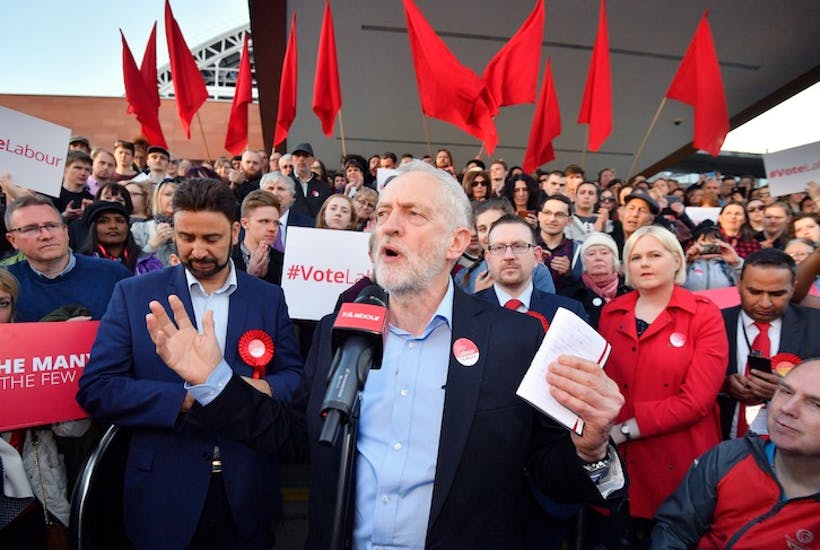 Against smears of anti-Semitism, Corbyn’s Labour is no model

hether primarily motivated by defence of Israel’s apartheid regime or a hostility to the left, concocted accusations of anti-Semitism serve to erode support for Palestinians’ struggle against occupation and oppression. Leftists have to decide how to respond. Their decisions can accelerate or counteract that erosion.

US president Trump has praised the fascists who marched through Charlottesville, Virginia chanting “Jews will not replace us”: Trump said the march included “many fine people”. He has imitated Hungarian prime minister Viktor Orbán by spreading conspiracy theories about wealthy Jewish financier George Soros.

Fascist organisations have been growing in the US and several European countries. Their members vary in the competence with which they conceal their anti-Semitic beliefs. Until earlier this year the Freedom Party, with its core of fascist members, was part of Austria’s governing coalition. Its fascist wing is dominant in the far right Alternative for Germany party.

Supporters of Palestinian rights often criticise Israel at a very fundamental level, because its existence is based on the racist oppression of Palestinians. The claim that this is a form of anti-Semitism has been used as a bludgeon against Palestine solidarity activists and the left in many countries.

The slanders about anti-Semitism and the measures they have justified have weakened efforts to fight real anti-Semitism by diverting the energies of activists on the left, who are the most effective campaigners against racism, including anti-Semitism, and against fascism. Meanwhile, those making the accusations not only endorse the racist structures and policies of the Israeli state but often also collaborate with real anti-Semites or, like Trump, are themselves anti-Semites.

Read the article by Rick Kuhn in Red Flag.