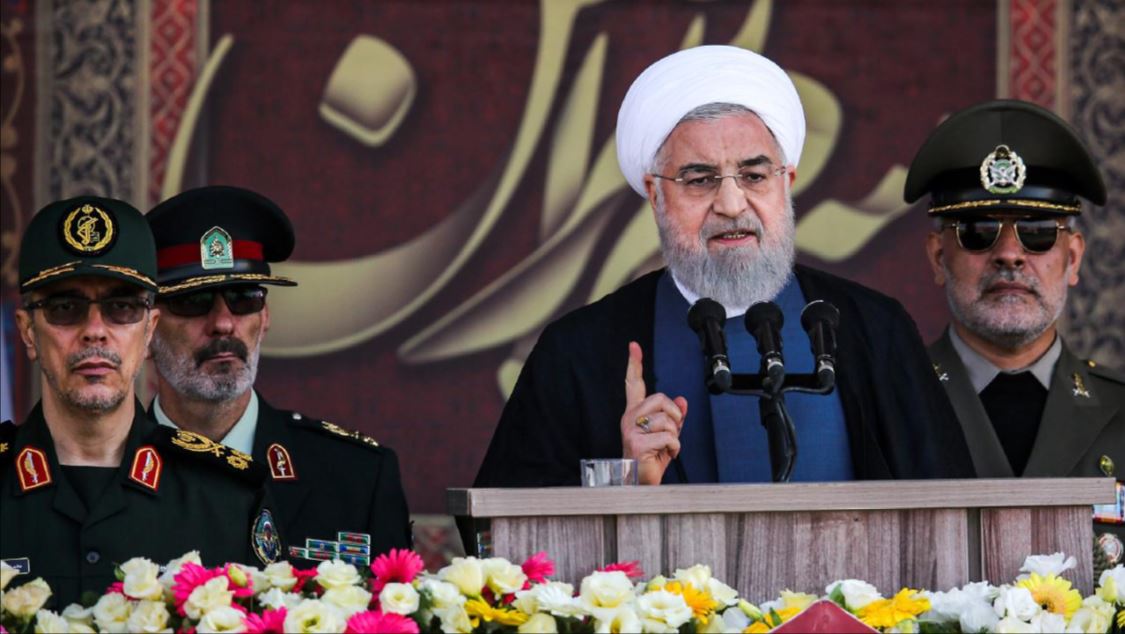 ‘Get out of Gulf’: Iran moves closer to Russia and China

Iran will join China and Russia in naval exercises in the Gulf of Oman as a growing alliance of anti-American powers seeks to take advantage of confusion about Donald Trump’s Middle East ­policies.

Iranian President Hassan Rouhani, who will address the UN general assembly in New York this week, told America and the West to leave the Gulf.

“Your presence has always been a calamity for this region and the farther you go from our region and our nations the more security would come,” he said at a military rally in Tehran. He said Iran ­wanted the region to take its ­security into its own hands.

At the same time Iranian news agencies reported that China and Russia, who have emerged as key strategic partners, had been invited to join naval exercises just outside the Strait of Hormuz. Brigadier-General Ghadir Nezami said the drill had both military and political purposes.

Mr Trump has sent shockwaves through the Gulf, pulling out of the 2015 nuclear deal with Tehran and reimposing tight sanctions, but then equivocating over whether he would use military force to deter retaliation.

In June he ordered a military strike on Iran in response to the downing of a US drone but changed his mind 10 minutes ­before the raid was due to start. Last week he refused to make clear what response he would order to a large-scale attack on Saudi oil facilities that briefly halved Riyadh’s oil production.

The US and Saudi Arabia ­believe that the attack was co-­ordinated, if not carried out, from Iranian territory.